An address linked to Alameda Research shows borrowing and selling activity which some say is responsible for the $WAVES downturn — a claim denied by its CEO. 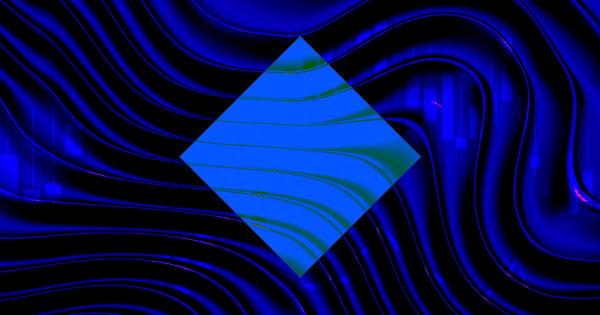 $WAVES founder Sasha Ivanov posted a tweetstorm accusing Alameda Research of foul play on April 4. Ivanov claims the trading firm is behind an organized FUD campaign with the intent to induce panic selling.

$WAVES hit a new all-time high of $63.59 last week. But since then, a brutal sell-off followed, marking a 30% drawdown at the time of writing. Meanwhile, broader market price action has seen relative stability over the same period.

Digging deeper, Ivanov concluded that Alameda Research is responsible for the sell-off. But why would he think that?

$WAVES goes on a tear

Ivanov traces the story back to a Bloomberg article covering the resurgence of $WAVES, which coincided with Russia’s invasion of Ukraine on February 24. Peak to trough gains from that date comes in at 600% over three weeks.

The article included a quote from a Researcher at crypto investment firm Babel named Peter Guo, who posited that this is likely a response to sanctions cutting off traditional monetary channels.

“Some people could be rushing into Waves in response to potential economic sanctions and limited traditional payment channels.”

Although people identify $WAVES as a Russian project, Ivanov said he and $WAVES had cut ties with Russia. While Ivanov did work and study in Russia, he made clear that he is Ukrainian-born.

Giving his take on the $WAVES price pump, Ivanov dismissed the Russian invasion as a factor. Instead, he attributed the spike to announcements for the year ahead made a few weeks prior, particularly the launch of a U.S subsidiary firm.

“I don’t think there’s any connection between the situation in Russia and the current market action around Waves.”

Why does Ivanov think Alameda Research is targeting $WAVES?

It was the first half of March, as $WAVES was beginning its ascent, that Ivanov said he noticed a campaign of “sour people” bad-mouthing the project.

Ivanov claims someone, via the Vires Finance lending and borrowing platform, had contacted him to borrow one million $WAVES. He assumed this would be used for shorting the token.

However, Ivanov turned down the request as it’s company policy not to sell or lend $WAVES. Further digging on who could be behind this revealed an address beginning 3PHkZUJ, which Ivanov claims is held by Alameda Research.

But the thing is we never sell (or lend for selling) $waves 🙂 So I started searching on Vires for who could borrow it there. And look who I found –
email: [email protected] verified
address: 3PHkZUJpS3AfmnXBNLCBmpqL25GJZb1hGiE pic.twitter.com/9XPYxu3nm1

This account has a pattern of activity that consists of sending borrowed $WAVES to Binance to sell, thus depressing the price.

Alameda Research and FTX CEO Sam Bankman-Fried did not go into a detailed reply,  and only made a simple tweet in response:

All the same, it’s not the first time Alameda Research has been accused of questionable practices. An article posted on Substack in 2021 accused the firm, along with Cumberland Global, of being crypto insiders colluding to pump the Bitcoin price via Tether.

Since this incident blew up, a protocol change proposal has been submitted to Vires Finance to reduce the liquidation threshold and increase the APR paid by borrowers – making borrowing $WAVES an unattractive deal.

“In order to prevent price manipulation and protect the ecosystem I propose to temporary reduce the liquidation threshold for Waves and USDN borrowing to 0.1%. Also I propose to limit the maximum borrow APR to be 40%.”

Although the intention is to “prevent price manipulation” some would argue this is protectionism in action.