A Slovenian Shopping Mall is Transforming Into an Actual ‘Bitcoin City’ 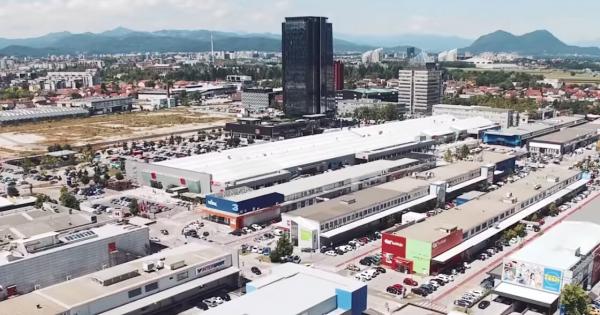 Photo by Miran_k on Pixabay

BTC City is a giant shopping mall in Slovenia and the testing playground for Eligma, the AI-driven, and blockchain-based cognitive commerce platform are utilized by many different retailers in the shopping complex.

BTC City is an excellent test ground for Eligma, a controlled environment where they can slowly introduce Elipay into every store, bar, and hotel in the shopping center.

“The shopping center presents a micro snapshot of global commerce because it encompasses a large number of very different establishments that present an array of challenges for Eligma on a scale, manageable in our first development phase.”

More and more retailers are implementing Eligma’s Elipay into their stores, giving their customers the option to pay with Bitcoin now and shortly Bitcoin Cash and Eligma’s token.

The Eligma team has big dreams for their platform – the plan is to transform BTC City into a unified online platform to simplify payment and business processes and enable the creation of a central warehouse, used by all stores.

By doing so, the goal is to drastically lower retailers’ ownership costs by using their stores as showrooms and only keeping the essential items in stock.

The sprawling BTC City is 250,000 square meters. It includes the main shopping mall called CityPark, 16 smaller shopping malls, a multiplex with twelve screens, and it also has the recently opened Plaza Hotel Ljubljana.

According to Eligma, BTC City annually hosts over 21 million visitors.

There is also a market, a mini-golf course, a waterpark with a spa center and an entertainment center with a casino, bowling, 3D cinema as well as two high rise office buildings. Including the Crystal Palace, the tallest building in Slovenia.

The city will be an ecosystem for advanced technologies, they are not just limiting themselves to blockchain and cryptocurrencies either but will also be experimenting with AI, Virtual Reality, Augmented Reality and machine learning.

“Bitcoin City will create an open society which will enable users to pursue their missions as well as develop their business environments in line with their wishes, needs, and operating policies.”

Aside from the number of stores that are already accepting crypto payments, there are also one-way cryptocurrency ATMs on the premises, a Blockchain Think Tank, and the “biggest crypto mining rig in Slovenia.”

For more information about Eligma and Bitcoin City, watch the video below: