Thousands of crypto traders were liquidated yesterday as Bitcoin went down. Here’s the stats. 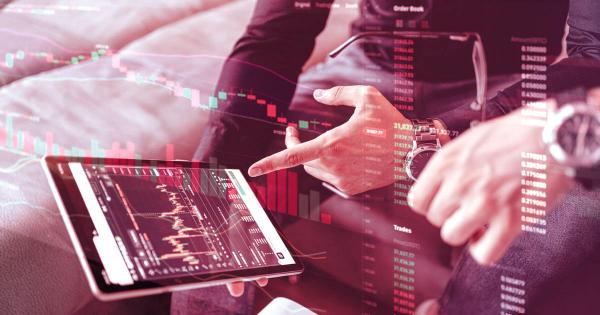 Tens of thousands of crypto traders were liquidated last night as Bitcoin briefly dropped to under $30,500, data from multiple sources shows. Altcoins saw a similar dump as a result, with millions of dollars getting shaved off on lesser-known coins like AXIE and SAND.

Over 82,000 traders were liquidated, with the largest single liquidation order taking place on Bybit—a Bitcoin trade valued at $4.86 million.

Bitcoin traders took the majority of such liquidations yesterday. As per data from analysis tool Bybt, $146.14 million worth of Bitcoin trades were liquidated, followed by Ethereum traders ($52 million), XRP traders ($8 million), and Axie Infinity traders ($5 million).

Traders punting on memecoin Dogecoin took on $5 million in liquidation damages of their own, while Sandbox NFT (SAND) and Chromia (CHR) traders saw losses of $2.59 million and $2.38 million respectively.

Where did the liquidations occur?

Meanwhile, despite the millions lost, the data is unlike what was seen on several occasions earlier this year. In April 2021, a staggering $1 billion in market liquidations, affecting one million trading accounts, occurred after Bitcoin reached the top and dropped off a cliff.

Then in June, on the back of China’s renewed criticism of Bitcoin, market volatility caused 200,000 traders to get liquidated. Several large-cap cryptos like Solana, XRP, and Polkadot saw double-digit percentage declines, with even Dogecoin racking up $30 million worth of liquidations in a single day.

Still, what looks like madness in traditional circles continues to be a normal day for those in crypto.