On September 18, Visa, Mastercard and three major banks paid $6.2 billion in an antitrust settlement for forcing merchants to pay swipe fees and preventing them from utilizing other methods of payment. 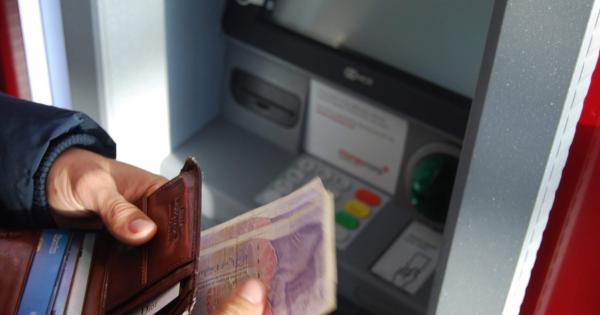 Photo by Nick Pampoukidis on Unsplash

On Sept. 18, Visa, Mastercard and three major banks paid $6.2 billion in an antitrust settlement for forcing merchants to pay swipe fees and preventing them from utilizing other methods of payment. Experts believe increasing cases of malpractice in the traditional finance sector will lead merchants to cryptocurrencies.

According to Reuters, the $6.2 billion fine paid out by Visa, Mastercard, JPMorgan, Citibank and Bank of America is the largest cash antitrust settlement in U.S. history, and possibly one of the largest lawsuits in U.S. history by the number of companies involved, which is estimated to be 12 million retailers.

The aforementioned five financial institutions have already paid $5.3 billion to retailers including Amazon, Costco Wholesale and Walmart, and were directed to pay an additional $900 million in the short-term.

The Incentive for Merchants to Use Crypto

As Anthony Pompliano, founder and partner at Morgan Creek Digital, stated, much of the controversy around the lawsuit revolved around the actions of card companies to discourage both merchants and consumers from utilizing other forms of payments outside of credit cards and traditional financial services.

For decades, merchants have been paying hefty fees to credit card network operators and financial institutions to accept payments from consumers. The public has been aware of the well documented high percentage fee demanded by credit card networks for many years.

Visa, for instance, charges 1.51 percent on every transaction plus a fixed fee of $0.1, which may seem small on its own but becomes a large amount for merchants when taxes and other operating costs are added to the expenses of merchants.

Due to high network fees, lack of scaling solutions and efficient merchant-focused systems, it has been difficult for merchants to properly adopt crypto. But, over the past year, the cryptocurrency sector has seen a rapid emergence of merchant payment system providers like Coinbase, PundiX and UTrust, which offer both hardware and software solutions to merchants, with on and off-chain scaling of public blockchain networks like Bitcoin and Ethereum.

Last year, some merchants–like Expedia, Microsoft and Steam–experimented with using crypto as an alternative payment method but ultimately eliminated crypto from its infrastructure due to high fees and long processing times.

However, Bic Camera, the largest electronics retailer in the Japanese market, has continued to accept Bitcoin from local and foreign customers. Within a year, Bic Camera disclosed that it has been able to process more than 1 percent of its sales in Bitcoin.

Today JP Morgan, Citibank & Bank of America were part of a group of banks forced to pay a $6.2 Billion fine.

An antitrust case for forcing merchants to pay fees and prohibiting merchants from encouraging customers to use other payment methods.

The emergence of crypto-based PoS machines, investor protection systems, payment networks and fully audited stablecoins like the Gemini dollar could encourage merchants to experiment with crypto once again.

How Progress Can Be Made

Cases like the $6.2 billion settlement of U.S.-based financial institutions for mistreating merchants and consumers could motivate merchants to explore alternative payment methods. As cryptocurrency adoption increases and large communication and fintech platforms such as Line and Kakao continue to develop ways to increase accessibility of crypto, merchants will likely demonstrate interest in the asset class.

In 2017, large-scale PoS networks and merchants like AirRegi, which supports nearly 300,000 merchants, experimented with crypto but struggled to implement cryptocurrencies at a large-scale due to various issues pertaining to regulation, infrastructure and volatility.