Zilliqa (ZIL) Update: Up 190% Over Past Month on Testnet Launch and Exchange Listings

Zilliqa’s price continues to increase after the successful launch of its testnet and addition of new exchange listings. 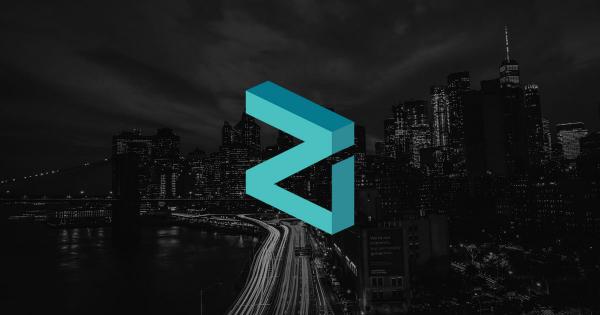 Photo by Zac Ong on Unsplash

Zilliqa’s price continues to increase after the successful launch of its testnet and addition of new exchange listings. It is currently ranked the twenty-third largest coin by market cap according to coin rankings, with a market cap of $1.3 billion.

Zilliqa is a public, open source blockchain platform that scales transactions linearly through the use of sharding. According to the Zilliqa whitepaper, if the current 30,000+ Ethereum miners moved over to Zilliqa, its blockchain could support over 1000x the transaction capacity.

Zilliqa utilizes proof of work in order to establish mining identities but performs consensus checks at a much more local level with sharding.

The team states that they are using proof of work due to it being much more studied and documented then the recent popular alternative proof of stake.

If something scales linearly, that means that it directly scales proportionally to its size. In the case of Zilliqa, each active miner adds to the maximum output of the blockchain.

Linear scaling is an almost unseen feature and is able to occur through sharding, which makes it so mining operations can occur in parallel. Most cryptocurrencies see a decrease in throughput as size increases, but not Zilliqa.

For example, if Zilliqa has 8000 miners, it will automatically create ten sub-networks of 800 miners each. This split occurs in a decentralized manner without the need of a central authority.

These partnerships will allow Zilliqa’s applications to scale even more through the use of decentralized storage.

Another possible reason for Zillia’s massive price increase is the anticipated launch of Scilla, a new smart contract language created by the Zilliqa team. The first version of the language is being revealed at a Zilliqa event in Singapore on May 23, 2018.

Scilla has several key differences from Solidity, Ethereum’s smart contract language. In Scilla, an objects state and behavior are separated, allowing the language to be more flexible in its functions.

The Zilliqa team launched the first version of the testnet, where users can test the features of the project. The testnet is currently seeing thousands of transactions per second compared to Bitcoin’s 7, and Ethereum’s 20.

In order put this into perspective, payment processor Visa processes up to 24,000 transactions a second. While the amount of transactions Visa supports is impressive, that number comes with the drawback of centralization.

Zilliqa is currently an ERC20 token, meaning it runs on top of Ethereum but plans to launch it’s mainnet in Q2 2018. Upon mainnet launch, Zilliqa ERC20 token holders can swap their tokens for mainnet Zilliqa at a 1:1 ratio. Do not send any ERC20 Zilliqa tokens to the projects Testnet or they will be unrecoverable.

For cryptocurrencies to see increased adoption, they need to be able to support a much more considerable amount of transactions. Zilliqa’s use of sharding allows linear scaling, allowing it to compete with current payment processors such as Visa and Mastercard.

To learn more about Zilliqa, including its current price, market cap, trading volume and technical information, see its coin profile.