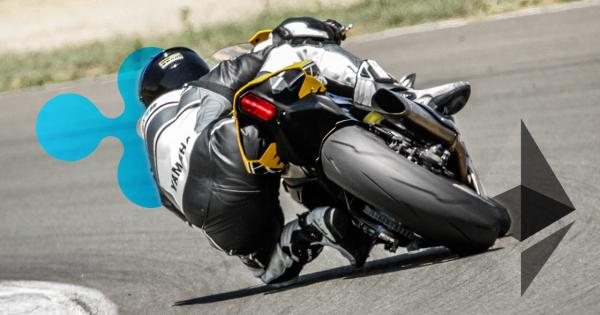 Photo by Dani OOWL on Unsplash

The bearish movements in the cryptocurrency market, which resulted in Bitcoin’s price falling well below the $6,000 mark, have benefited Ripple, as XRP has overtaken Ethereum as the largest altcoin by market cap.

The bearish movements that took place across the cryptocurrency market throughout November 14 and the early hours of November 15 resulted in Bitcoin’s price dropping well below the $6,000 mark, with the lowest trading price recorded around $5,500.

Almost all cryptocurrencies have experienced a significant decline, with Ripple’s XRP being no different. However, despite being on its third consecutive day of declines on Nov. 15, it has managed to hold its value better than most.

The decline on November 14 brought the price of XRP from $0.5 to an intraday low close to $0.4, the report said, adding that the coin’s price had since retracted to close around $0.46.

November 15 saw XRP trading at around $0.44, showing that the momentum is firmly on the side of sellers. Both the RSI and the MACD are decreasing showing seller momentum.

This is not the first time XRP has seen a meteoric rise on the market cap chart, as the coin’s switch around with Ethereum is a pattern that has occurred several times throughout 2018. Following the launch of Ripple’s xRapid platform, XRP overtook Ethereum on November 6, 2018, as well on September 26.

And while the slump Bitcoin, Ripple, Ethereum, and Litecoin have seen on November 14 is the fifth one this year, a few things seem to be different this time around. According to Forbes, the sell-off began after a period of two-month stability rather than after a short spike and broke through the $6,000 and the $5,800-marks, which has been seen a market “bottom” for Bitcoin.

Clement Thibault, Senior Analyst at global financial platform Investing.com told Forbes that a drop below $6,000 for Bitcoin was a clear sign of a bearish market.

However, Henry James, deputy CEO and chairman at Fincross International, isn’t surprised by the sell-off. He explained that a breakout from this price range has been expected for a number of days, as it followed a long period of tightening price action amongst Bitcoin, Ether and other cryptocurrencies.