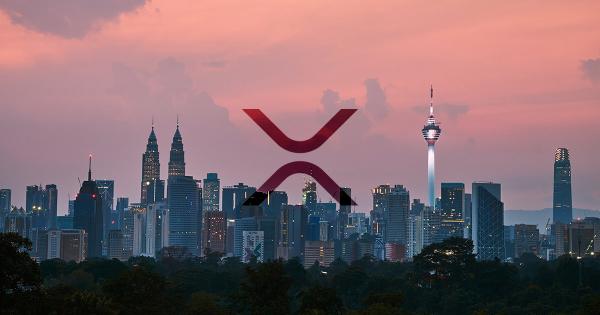 Photo by CK Yeo on Unsplash

Ripple has announced a 40% acquisition in cross-border payments specialists Tranglo. Industry observers say this partnership will help Ripple meet the growing demand for cross-border solutions in the Asia region.

Tranglo was founded in 2008 before cryptocurrency was a thing. It has developed a solid reputation around Southeast Asia since its formation.

The price of XRP saw a modest 4% gain on the news. Only BNB performed better out of the large-caps, likely due to surging TVL in the Binance Smart Chain ecosystem.

Ripple looking to strengthen its foothold in Asia

“Through the On-Demand Liquidity (ODL) service, RippleNet leverages the digital asset XRP as a bridge between two currencies, allowing you to eliminate pre-funding of destination accounts, reduce operational costs and unlock capital.”

By expanding ODL services in the region, the firm is also looking to leverage its Line of Credit service. As the name suggests, customers borrow XRP to complete near-instant, low-cost cross-border transfers. This is repayable when convenient and for a small fee.

“Tranglo’s robust payments infrastructure coupled with their unparalleled customer service and quality makes them an ideal partner to support our expansion of On-Demand Liquidity starting with the Southeast Asia region. We are excited to continue and carry out our shared mission to transform cross-border transactions to be faster, cheaper and more secure with blockchain technology and digital assets.”

Although some had assumed Ripple would slow down, at least until the Securities and Exchange Commission (SEC) lawsuit had concluded, this has not been the case at all.

In January, Ripple said they were continuing to close out deals with more customers than ever before. The deal with Tranglo is further confirmation of this strategy.

In the on-going SEC vs. Ripple lawsuit, the SEC was dealt a blow yesterday as Judge Analisa Torres granted XRP holders the motion to intervene.

Attorney John Deaton argued that neither Ripple nor the SEC represented the interests of XRP holders. He, therefore, called on Judge Torres to allow intervention by XRP holders.

The Ripple legal team passed no objections. However, the SEC had tried to stop this motion from passing, but it seems Judge Torres was not swayed by their arguments.

The inclusion of XRP holders puts an additional intricacy into the already complex case. It’s expected that they will argue harm was caused by the SEC’s actions, contravening their mandate to protect investors.