What are the implications if Bitcoin is treated as a commodity? Samuel Wan · 1 month ago · 2 min read
News › U.S.› Bitcoin › People

SEC Chair Gary Gensler said Bitcoin is a commodity "maybe," but what are the implications of this? 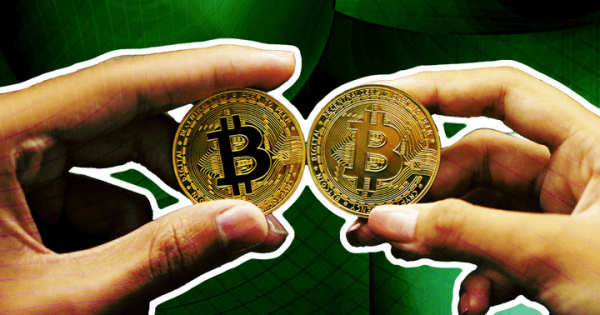 Securities and Exchange Commission (SEC) Chair Gary Gensler told the House Appropriations Committee on May 18 that Bitcoin could potentially be a commodity token.

His exact words were:

“Bitcoin — maybe that’s a commodity token. That has a big market value, but that goes over there.”

Previously, Gensler had argued that most cryptocurrencies fall under the classification of a security. However, his stance is now clarified on the matter, which raises the question of how classifying cryptocurrencies as a commodity will affect Bitcoin and the overall crypto industry.

The SEC is in a lose-lose position

The U.S. crypto industry has long been marred by vague regulation, particularly regarding securities law.

The issue is exemplified by the ongoing SEC vs. Ripple lawsuit in which the regulator alleged Ripple had sold unregulated securities, in its XRP token, to the tune of $1.3 billion.

Ripple maintained that it had followed the law per its understanding of the rules. However, muddied waters have led to uncertainty on what the rules are.

In 2021, Ripple CEO Brad Garlinghouse summed up the situation by blasting the SEC’s arbitrary approach to regulation. Commenting on the former SEC Director William Hinman backtracking on Ethereum’s non-securities status, Garlinghouse asked, “how is the market supposed to have clarity?!”

In 2018 Bill Hinman said ETH isn’t a security and Jay Clayton agreed. But just weeks ago, Hinman filed a sworn affidavit in Court saying the SEC still has “not taken any position or expressed a view” on ETH’s status…so how is the market supposed to have clarity?! https://t.co/FRAlsfcLoG

Klaros Group Partner Jonah Crane said the Ripple lawsuit is a “high risk case” for them. The court ruling could force the SEC to define its policies more clearly. At the same time, this would leave no doubt about what constitutes a securities offering, opening up the agency to legal challenges.

“If the SEC were to declare a bunch of tokens to be securities, it would face legal challenges.

And right now, it’s probably waiting to see how the Ripple/XRP case plays out.”

Bitcoin is a commodity, according to Gensler

With Gensler clarifying that Bitcoin “maybe” a commodity, Crane said it’s the clearest statement he’s heard to date on the matter.

Gensler further explained that a commodity is like corn or gold in that it “doesn’t have an issuer,” and there is no single entity behind it, with the public expecting returns from the efforts of that entity.

“A commodity would be a product like “corn or wheat or gold or oil” which “doesn’t have an issuer, doesn’t have one party sitting there behind it and the public’s not anticipating [returns] based on the efforts of that one party,”

The upshot to this is that most cryptocurrencies are securities. But Bitcoin may not be.

If ratified, this would mean Bitcoin would fall under the regulatory remit of the Commodities Futures Trading Commission (CFTC) and not the SEC.