The cryptocurrency community is currently awash with accusations of fraud directed at supply chain blockchain platform Waltonchain, who stands accused of orchestrating a fake Valentine’s day giveaway as evidenced in a Tweet posted from their account earlier this week. 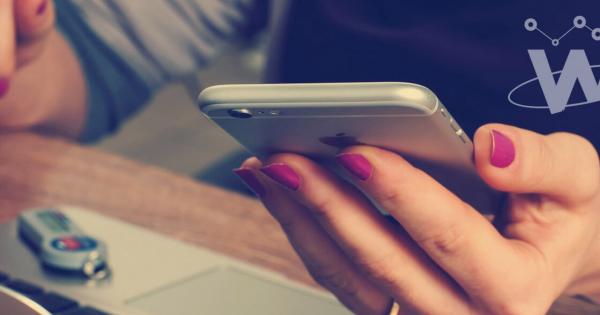 The cryptocurrency community is currently awash with accusations of fraud directed at supply chain blockchain platform Waltonchain, who stands accused of orchestrating a fake Valentine’s day giveaway as evidenced in a Tweet posted from their account earlier this week.

Waltonchain announced a Valentine’s day giveaway on the 8th of February, promising an automatic contest-entry to anybody that retweeted the official campaign tweet a share in 565 WTC, split between 214 winners:

The promotion ran until the 27th of February and appeared to be a fairly standard promotional scheme — until one of the “lucky winners” took to Waltonchain’s own Twitter account to celebrate their good fortune in sharing in the prize pool. 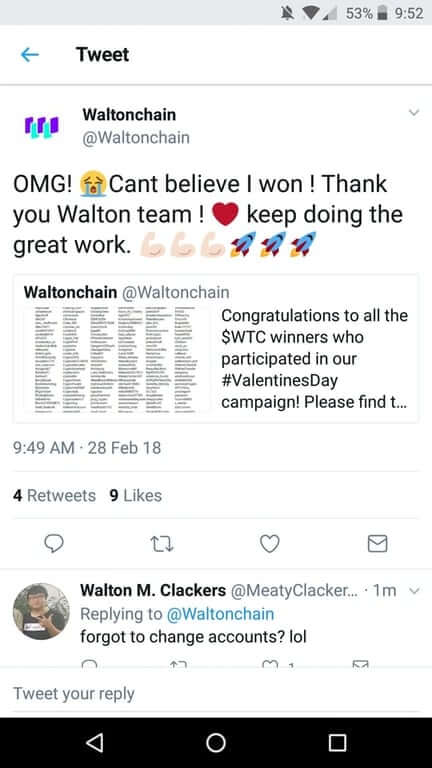 Waltonchain has since released an official response to the blunder, claiming that winners of the event were selected at random with a script that included a Waltonchain employee as one of the winners.

While Waltonchain has released a video of the script in action selecting winners and stated that the employee’s winnings have since been canceled, conspiracy theories regarding the strange tweet abound.

Users of popular blockchain news Reddit forum r/cryptocurrency have gone so far as to accuse Waltonchain of fabricating the entire competition, unearthing examples of Waltonchain Twitter bot accounts that have since been disabled — but are still available to view in an archived form.

The cryptocurrency community has adopted the perspective that the entire competition was likely a farce, with most — if not all — of the winnings being redistributed directly back into Waltonchain’s own pocket. There is no concrete evidence of any such foul play, but the existence of several Twitter bots don’t help to reinforce Waltonchain’s stance on the erroneous tweet.

Unsurprisingly, the value of WTC has plummeted due to the scandal, briefly dropping down by $2 before correcting slightly after Waltonchain’s explanatory statement.

While many investors appear to be satisfied with Waltonchain’s explanation for the mishap, the fact that the same employee that “won” the competition was the same that had access to the Waltonchain Twitter is highly suspect.

The narrative presented by Waltonchain is convoluted — Occam’s razor dictates that the simplest solution is the most likely.

Regardless of whether the competition was rigged or not, it’s obvious that Waltonchain employees should have been precluded from entering the competition before the event launched. With so many scams and fraudulent platforms present in the cryptocurrency ecosystem, Waltonchain’s blunder is a costly high-profile error that will severely erode investor confidence in the platform for some time.