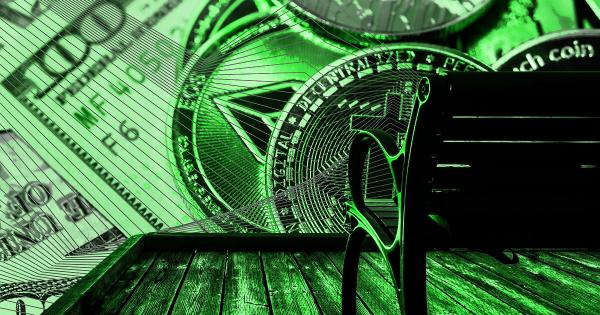 The retirement systems fund recently gained approval from its board of trustees for the move, according to the news outlet.

“Some of the yields that you’re able to achieve in a yield farming strategy are really attractive because some of the people have stepped back from that space.”

Crypto yield farming refers to lending out digital assets for a stream of payments. But the Virginia county’s decision comes at a time when the crypto lending market has been marred by turmoil and a slew of company bankruptcies in the space.

“For those that are still willing to provide liquidity, decent profit seekers, they’re actually able to earn more attractive yields at the moment.”

The pension managers claimed to have undertaken extensive due diligence before their first investment in the crypto space. The investments were mostly in the companies rather than the tokens, the FT reported.

“We started in venture capital and private equity.

But once we got more comfortable in the space, we started to think a bit broader about how we might be able to use strategies in digital assets in other parts of the portfolio.”

The two pension funds expect a 50% hit on their initial investments in the crypto space owing to the market turbulence, but that would still leave the funds up 350%, the FT reported.

Molnar said that she is still confident that the crypto investments were a good bet and expects things to bounce back with the stronger technologies prevailing.

Turmoil in the crypto lending space

The crypto lending market started facing immense pressure after the collapse of TerraUSD (USTC) in May. The falling crypto prices along with inter-company lending and the lack of proper risk hedging measures led to a number of bankruptcies including Celsius Network, Voyager Digital, and hedge fund Three Arrows Capital. The swift and sudden fall of these lenders has left thousands of retail lenders in the lurch.

Moreover, even lenders that have not declared bankruptcy are battling liquidity issues, including Babel Finance and Zipmex. Singapore-based Vauld recently secured a three-month moratorium that provides protection against creditors to resolve the situation. Several others have also suspended withdrawals while retail customers bear the brunt of the losses.

In April 2022, Fidelity one of the largest providers of 401(k) retirement plans in the U.S., announced that it would allow participants to allocate a part of their retirement portfolio into Bitcoin.

But in March, the U.S. Labor Department cautioned employers and overseers to “exercise extreme care” while adding cryptocurrencies to 401(k) retirement plans.