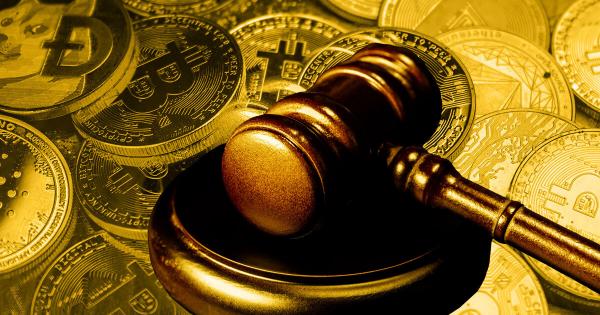 There have never been more traditional hedge funds investing in crypto, but around two-thirds are still hesitant to enter the market, according to PwC’s 2022 Global Crypto Hedge Fund Report. Those on the fence said they were waiting for the market to mature and more regulations to be set in place.

The report offers insight into the growing interest traditional hedge funds have shown for the crypto market. Written in collaboration with the Alternative Investment Management Association (AIMA), it analyzes the approach these funds take when assessing whether to invest in digital assets and explores the main barriers they face.

The who and why of investing in crypto

AIMA’s survey was conducted in Q1 2022 and included 89 hedge funds managing around $436 billion in assets. More than half of the funds that participated in the survey had over $1 billion in assets under management (AUM).

Approximately one in three traditional hedge funds said that they were investing in digital assets. This is a significant increase compared to last year when only one in five said they had exposure to the crypto market. This significant increase in interest is supported by findings from last year’s survey, which indicated that around 25% of funds were planning to invest in cryptocurrencies in the coming year.

The increase in the number of funds investing in cryptocurrencies isn’t proportional to the increase in the overall exposure to crypto. Out of those funds investing in crypto, more than half only have a toe-hold position with less than 1% of their AUM allocated to digital assets. Only one in five respondents said they had 5% or more of their AUM in cryptocurrencies.

Two-thirds of the funds investing in cryptocurrencies said they plan to deploy more capital into the asset class by the end of the year. However, this is a significant decrease from 2021, when 86% of funds said that they would increase their crypto investments. The majority of funds that plan on deploying more capital into cryptocurrencies have less than 1% of their AUM in the asset class.

When it comes to motivation for investing in cryptocurrencies, more than half of the respondents said that they did it to diversify their portfolios. Around a third said it was for “market neutral alpha opportunities,” while only 18% cited “long-term outperformance.”

Unlike specialist crypto funds, traditional hedge funds usually don’t have direct exposure to cryptocurrencies. However, the situation seems to be changing in 2022 with the report showing a noticeable increase in the number of funds with direct market exposure.

More than half of respondents in PwC’s survey said they invested in cryptocurrencies through derivatives like futures and options. This is a slight decrease from last year when around two-thirds of respondents said they only invested through derivatives. Traditional hedge funds that invested in cryptocurrencies using direct and spot trading increased from 33% in 2021 to 43% in 2022. Funds that adopted a passive approach to investing in crypto through passive funds, trusts, and EPs decreased from 29% in 2021 to just 10% in 2022.

Out of all the hedge funds investing in crypto, 43% said that used leverage when trading. Around 78% of those using leverage managed less than $1 billion in assets, showing that smaller hedge institutions were more likely to use riskier investing strategies.

However, this lack of aversion to risk didn’t translate into other crypto categories. Despite the huge growth GameFi, the metaverse, and Web3 platforms saw this year, hedge funds don’t seem to be interested in investing in these areas. Over half of hedge funds said that they saw the biggest growth opportunity in DeFi.

The rising interest hedge funds have shown for the crypto market has only further exacerbated some of the main issues the industry faces. Over 90% of hedge funds investing in crypto said that a lack of regulatory and tax regimes were the most significant problems they faced. Around 78% also cited a lack of deep, liquid synthetic and indirect products, issues with custody, no prime broker services, and complicated fiat withdrawals on exchanges.

Hedge funds aren’t satisfied with the current market infrastructure, either.

On average, less than one in ten hedge funds said they found the crypto market infrastructure “adequate.” On the other hand, 95% of the said that audits and accounting were a segment in serious need of improvement. Another staggering 94% of funds said risk management and compliance were in need of essential improvement, as was the ability to use digital assets as collateral.

Those that don’t invest in the crypto market had a lot of thoughts about it, too.

The survey reported a slight decrease in the number of hedge funds that didn’t invest in cryptocurrencies — from 79% in 2021 to 63% in 2022. Out of that 63%, around a third said that they were either in “late-stage planning” to invest or actively looking to invest. While this is an increase from last year, 41% of funds still said that they were unlikely to enter the crypto market in the next three years. Another 31% said they were curious about the market but are waiting for it to mature.

Regardless of whether they invested in cryptocurrencies or not, most hedge funds seem to agree on what the market’s biggest barriers to entry are. According to PwC, the majority of funds said that regulatory and tax uncertainty was the biggest issue they had to overcome before they entered the market. An interesting find from the survey was the fact that 79% of respondents said that reactions from clients and dangers to their reputation were keeping them out of the market.

While around a third of respondents said that they would actively accelerate their involvement in the crypto market if these barriers were removed, a huge portion of funds will take more than that to be convinced.

“45% of respondents stated that the removal of barriers would still probably not impact their current approach as either investing in digital assets remains outside their mandate or they would continue to remain sceptical,” the report said.

What PwC’s report shows is a clear trend among traditional hedge funds — the more assets they manage, the less likely they are to invest in the crypto market. Relatively small institutions seem more willing to take on the risks and volatility that have become synonymous with cryptocurrencies and deal with the barriers that come with such a young and relatively unregulated market.