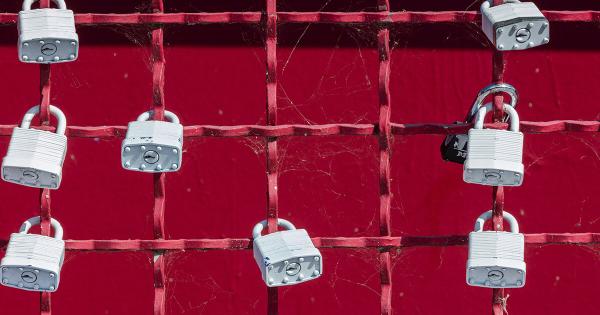 As new smart devices provide a myriad of new attack vectors for bad actors to infiltrate your home, use these 5 systems to shield your private data and digital assets from unwanted attention.

Internet-powered devices are a prevalent feature in our everyday lives. These devices are not limited to smartphones, tablets and smart TVs, but now include an ever-growing number of appliances and gadgets on smart home networks. Some homes even utilize smart locks for their security. Yet, while these smart devices may have become essential components of our lives, they also present possible attack vectors that could allow cybercriminals and authorities to snoop into our private lives without permission.

Cyberattacks are a common occurrence both in business settings and residences. Unfortunately, the average consumer simply takes cybersecurity way too lightly, believing that staying vigilant and up to speed with the latest security threats are overkill as cybercriminals have “bigger fish to fry.” This is a flawed assumption- hackers don’t discriminate and do not limit themselves only to wealthy targets. They will always exploit vulnerable networks when the opportunity presents itself.

Why Are Cybersecurity Systems Important?

Having a resilient cybersecurity system in place is crucial in safeguarding yourself from data theft, privacy invasion, and other cyber attacks. There are enough cases to prove that a network firewall is just as important as high fences and locked doors, such as the discovery of 33 vulnerabilities in millions of IoT devices and a casino being hacked via a fish-tank thermometer. Private information, such as personal data, financial account data, private keys, and other forms of intellectual property, ought to be protected not only physically but digitally as well.

And, if you’re a cryptocurrency holder, cybersecurity becomes even more relevant given that once your rapidly appreciating funds have been stolen, they are almost certainly gone for good. In this article, we explore the top five cutting-edge cybersecurity systems to help you fortify your defenses and protect yourself from cybercriminals and other nefarious third parties.

Deeper Connect Mini is a small but powerful plug-and-play device that provides multi-layered security for your network and the devices connected to it. What makes it truly unique is the fact that it is fully decentralized and therefore not at the behest of a centralized business entity that could potentially be compromised by either hackers or government bodies.

The Mini, which broke Indiegogo crowdfunding records as the first blockchain project to raise over $1 million, is powered by a blockchain-based decentralized private network (DPN) that allows you to protect your home or office network from any potential cyber-security threat, specifically those in the realms of unauthorized surveillance and personal information theft.

Deeper Connect Mini also protects all of your Internet-of-Things (IoT) devices with a 7-layer firewall that filters various types of malware you could be exposed to while you’re online. In addition, it also has a feature that automatically blocks ads and trackers, giving you full control over the information you are willing to share with marketers and advertisers.

What makes the DPN device truly stand out though is its solid security architecture as well as its incentive mechanism which offers users the ability to potentially earn digital asset rewards just by using it and sharing bandwidth.

The Mini (and its sister products the Lite, Nano and Pico) is powered by the Deeper Network, a blockchain system that has deployed a decentralized public chain with a proof-of-credit (PoC) system. This serves as the backbone of Deeper Connect’s bandwidth-sharing model, where users can provide their idle bandwidth to other network participants who also utilize the DPN device. Through Deeper Connect Mini, users can share their computing resources as well as mine DPR tokens, which can be redeemed, staked, or used to participate in the overall development of the Deeper project.

Bitdefender BOX is another notable mention among the best network security devices as Bitdefender is a well-known brand in the cybersecurity industry, having provided anti-virus software for several years. The Bitdefender Box is a device that can easily link to your connection to provide security for all your IoT devices. In addition, it can save you from the expensive costs of monthly antivirus subscriptions because the tool also secures your devices from malware, hacks, and data theft.

Unlike most VPN services, Bitdefender BOX allows you to enjoy a virtually seamless internet surfing experience thanks to its ultra-fast connectivity and instant protection from incoming security threats.

The device can be purchased with the inclusion of a one-year subscription to Bitdefender and can be easily plugged into your network. The hardware itself features a Dual Core Cortex A9 processing unit that harnesses around 1.2 GHz of speed.

The latest test on the security provided by the device puts it on top of its competitors in the antivirus arena, such as Kaspersky, Symantec, and McAfee.

WatchGuard Firebox T15 is also a VPN protection device that you could easily set up for your network at home or in the office. It has different versions that are fit for purpose depending on the number of users on your network, aiming to give you the security you need without compromising your whole browsing experience.

The Firebox T15 version is an ideal model for small and home offices, with a recommended user limit of five devices. Besides the hardware, the package also includes a software console that gives you better administrative capacity for your network, allowing you to remotely monitor your devices even when you’re not around.

Like other tools in this list, the WatchGuard VPN hardware can be up and running with only a few clicks, making it a user-friendly tool for anyone that needs security enhancements for their network. The device itself houses wireless connection support with optional dual-band features.

Netgate SG-100 is a tough competitor in the network security space, offering a multi-functional toolset that provides exceptional protection for your devices without compromising on your internet speed. The SG-100 is also powered by a high-performing Dual-Core ARM Cortex-153 unit with a 1.2 GHz processor. Another bonus is it’s affordability compared to its competitors.

The device features a flexible network connection system with configurable network ports and is supported by its native software, which enables users to manage and administer network usage. Other third-party application options are also available; all of which are deployable and capable of serving multiple network security functions.

Trend Micro Home Network Security is another prominent cybersecurity device. It’s manufactured by Trend Micro, which is one of the leading internet security providers today. The device automatically scans your whole network for any potential security threats, the same way antivirus software scans your computer, after being plugged into any router and activated.

The platform features software that gives you further network administration capabilities, which allows you to monitor your network security online. Additionally, you have the option to filter devices that connect to your network, disconnect existing ones, and set rules for network participants.

The Home Network Security device is best known for its data security and privacy tools, housing a network protection module that can fend off any potential hacker or malware that could pose threats to anyone using your network.

Most devices have their own built-in security features, but unfortunately, most of them cannot adapt to the evolving cybersecurity threats today, which is why it’s high time for dedicated cybersecurity systems to become a staple in both households and offices.

Furthermore, buying a home cybersecurity system will likely turn out to be a worthwhile investment considering the pervasive role that technology already plays in our everyday lives. IoT devices already feature in many homes and offices and their popularity is only building, which would expose us to exponentially larger internet threats.

By now, we should be seeing cybersecurity systems as a necessity, not a luxury, especially as the stakes are considerably raised if you own valuable cryptocurrencies. Thankfully, due to the efforts of a new generation of digital security hardware makers, our online future may remain in safe hands- namely, our own.