Credit card rewards account for a small, but significant, chunk of the $1.2 trillion credit card market. 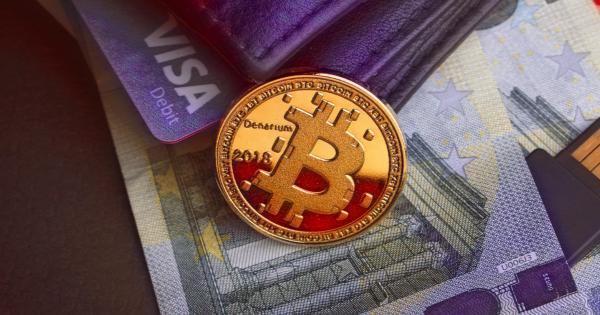 Credit card rewards account for a small, but significant, chunk of the $1.2 trillion credit card market. And some say Bitcoin could disrupt that space.

Bitcoin reward cards are coming for the pie

Bitcoin is coming for the $200 billion credit card rewards market, say some builders in the crypto industry. As per a report on Business Insider, credit card users may soon wake to the idea of earning Bitcoin on their card purchases alongside airline miles and travel points (the current contenders).

Take Will Reeves, the CEO of Bitcoin rewards card Fold, a firm that offers cashbacks in Satoshis, Bitcoin’s smallest unit. Reeves said that the rewards industry “has not really innovated since the inception of airline miles,” and that Bitcoin rewards present a way out.

The Fold app, as such, has innovated with a gamified model for its rewards model. Users get to spin a virtual “wheel” with eight options each time they make a purchase using the Fold card—with prizes ranging from discounts to bonuses to the ultimate win of a whole Bitcoin (worth over $36,000 at press time).

And given that Bitcoin’s prices are running skyward. Reeves claimed that most users have actually ended up with far more USD amounts by simply HODLing their rewards. “It has volatility. But generally, this is an asset that tends to appreciate,” he told Business Insider.

Several Bitcoin rewards apps have already made their mark on the market. Lolli, an American firm, allows shoppers to earn up to 30 percent back in Bitcoin from purchases that they make at participating retailers.

Another firm in this space is BlockFi, a popular crypto lending platform that jumped into the Bitcoin card rewards market in December last year. Users earn over 1.5% of fiat purchases made by the card, which is yet to be released.

But the cashback (or satsbacks, if you prefer) aside, CEO Zac Prince says such rewards allow users to engage with cryptocurrencies without having to deal with buying Bitcoin over exchanges or other avenues—a process that may seem daunting to many.

“[People] think it’s interesting, but taking the step of spending their own money to acquire it might feel like too much.”

He added that for such “crypto curious” individuals, such a method is a “really low-risk way” to get their hands onto Bitcoin,  with the familiarity of using a Visa card making it all the more comfortable.

Fold’s Reeves concurs. “Buying it [might seem] risky. It’s your hard-earned money. You have to go through exchanges. There are a lot of fees involved,” he said.

Fold launches a Visa debit card with Bitcoin rewards; here’s how it compared to other crypto reward programs