CryptoSlate recently had the opportunity to chat with Mitch Liu — the co-founder and CEO of Theta Labs and THETA.tv. 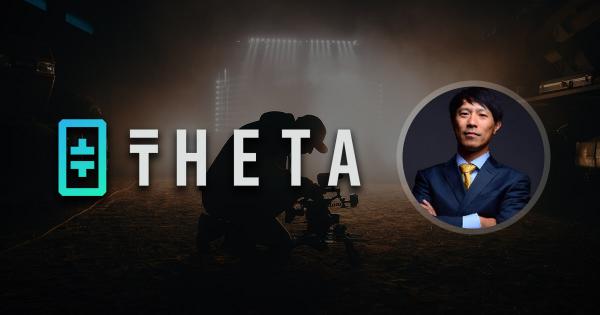 CryptoSlate recently had the opportunity to chat with Mitch Liu — the co-founder and CEO of Theta Labs and THETA.tv.

In 2010, Mr. Liu co-founded Gameview Studios best known for its Tap Fish mobile game franchise with nearly 100 Million downloads. The company was acquired by DeNA, a leading Japanese mobile gaming company within 6 months of launch. Prior to that, he co-founded Tapjoy in 2007, a pioneer of rewarded social and mobile video advertising, and grew that company to $100MM in revenues. He holds a BS in Computer Science & Engineering from MIT and an MBA from Stanford Graduate School of Business.

This interview was featured in collaboration with the premier virtual conference BlockDown. The highly anticipated third edition of the conference, BlockDown 3.0 will take place on October 22-23 featuring some of the crypto industries’ top names.

Why Theta? What made you create Theta, what model or service were you hoping to improve upon and why?

Theta Network was created as we aimed to solve our own problems with video distribution for the video platform THETA.tv (known at the time as SLIVER.tv). As a startup with significant CDN (content delivery network) costs to Akamai and AWS, we looked to a peer-to-peer model that would help reduce those costs as users could relay video streams among themselves. The Theta blockchain was created to incentivize users to contribute their resources to this p2p network via the THETA and TFUEL tokens.

How does Theta work, and how can users earn TFuel? What can you use Tfuel for?

Theta Network works by allowing users on Theta-enabled platforms to relay video streams they are watching to other viewers in their local area. In return for sharing video with their peers and contributing their bandwidth to the network, they earn TFUEL tokens. TFUEL can be used on sites like THETA.tv to donate to streamers or redeem for items, and is also traded on major crypto exchanges like Binance and Huobi.

What are the biggest challenges faced by blockchain businesses today?

The biggest challenges remain regulatory uncertainty and a lack of mainstream adoption of most blockchain use cases. Regulations are becoming more clear in most major economies though, and at least in the U.S. where we are based, the regulators have shown they are not out to kill crypto, they just want it to be safe for consumers. As far as adoption goes, it’s been slower than we expected back in 2018, but as regulations improve that allows businesses more opportunity to incorporate blockchain solutions, which in turn should lead to more user adoption.

Can you tell us about the big projects Theta has coming up in the next six months?

The most significant project we’ve announced for the next 6 months is our “Anycast” Edge Node platform that permits local ingest and encoding of streams, end-to-end decentralized streaming, decentralized chat and event notifications. This functions completely over the decentralized Theta Network and allows completely permissionless streaming, which is becoming more important than ever as streamers are de-platformed on YouTube, and entire video and social media platforms are subject to censorship and basn. We also have a few other key initiatives we’re working on but we can’t discuss these publicly just yet.

What sort of reception has your platform received from influencers, streamers and partners?

We have seen an incredible reception from streamers and partners on THETA.tv, as they benefit from a highly-engaged userbase that is earning crypto and donating tokens as they watch streams. This has allowed us to bring numerous high profile streams to THETA.tv including NASA TV, Coindesk Consensus, and crypto streamers like Chico Crypto and Crypto Lark.

What sector do you expect to grow the most on Theta.TV in the next 12 months, esports, VR, cryptocurrency or something else? Do you have any particular area that you want to bring to the platform?

The two segments that are growing fastest on THETA.tv are crypto and IRL (in real life) content. We have seen a huge uptick in both content side (streamers from these segments starting to stream to THETA.tv) and also the user response to this content. There tends to be a great crossover between these segments and the esports content that THETA.tv built a userbase with.

Has the pandemic led to an upspike in use of your service, in terms of streamers that broadcast on your platform and daily users?

Yes, we’ve seen a marked increase in streaming on THETA.tv since January, with 40% more data being streamed over Theta Network per month in GB terms. We think this effect will last beyond the pandemic period as these users are often introduced to earning crypto and Theta Network for the first time.

Globally, are there any markets in particular that excite you and that you will be targeting for growth in the next 12 months? If so, which regions excite you and why?

Yes, we are very focused on Korea, Japan, and SE Asia right now. In Korea we’ve launched THETA.tv in collaboration with Klaytn, a Kakao company. We are in the process of integrating Theta Network into two more video platforms in Korea as well. In Japan we are working with our investor gumi Cryptos to have THETA and TFUEL registered with the FSA (Japanese financial regulators), which will pave the way for work with Japanese video platforms and Japanese exchange listing. In SE Asia we recently listed THETA and TFUEL on Indodax exchange in Indonesia and are targeting several prominent regional video platforms.

What is your biggest gripe about the current state of video delivery networks and services, what areas need to be improved?

The biggest issue for us was the massive costs for video delivery we faced as a startup. This issue will only become greater, for both small and large platforms, as we move into 4k, 8k, and data-heavy VR forms in the years to come. With Theta Network platforms can reduce the burden of these costs, while at the same time gaining a more loyal and engaged audience by way of TFUEL token rewards.

You recently partnered with Fortnite streamer Nick Mercs, What profile of streamers are Theta looking to attract to its platform?

THETA.tv has its origins in the esports streaming world, but in the past year has expanded to other content types like classic movies from MGM, live rocket launches from our partnership with NASA TV, World Poker Tour, and more. A major focus has been on crypto streamers like Chico Crypto and Crypto Lark, who are now regularly streaming to THETA.tv. Given the Theta userbase is more crypto-savvy than most from using the Theta Network, crypto streamers are a natural fit to expand our streamer roster.

What’s your expectation for the blockchain market generally and how much do you think the space is going to change in the next five years? Can you offer any predictions of the type of advances people should expect?

In the next 5 years we see blockchain moving from fringe technology to underpinning major consumer and enterprise apps, oftentimes without an end user even realizing it. Removing or obscuring the friction points of private keys, gas fees, etc. is a necessary prerequisite to mass adoption, because the typical consumer will never want to deal with these technical aspects of blockchain. Once the user experience in blockchain-powered apps matches that of today’s leading apps, then blockchain tech will flourish.