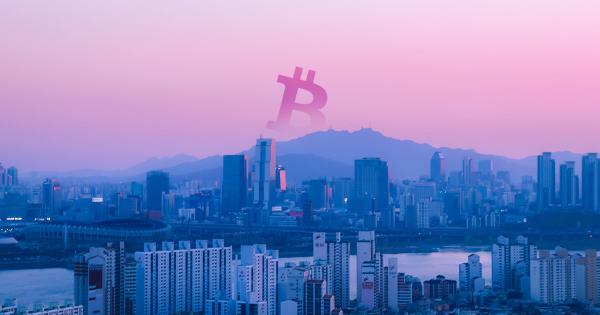 But South Korean academics remain unconvinced — they recognize Bitcoin turning into a hedge, but say it remains “dangerous” if volatility reappears.

Ki-hoon says Bitcoin does not meet the first criteria. The second factor seemingly holds true, he notes, but could be accounted to psychological instead of Bitcoin’s inherent feature.

“The reason for the fundraising after the market crashed was that the spirit of investing in higher volatility worked to compensate for the depreciated asset value.”

But risk management remains a huge concern in the cryptocurrency markets, Ki-hoon explains.

The professor said Korea’s “Act on Reporting and Utilization of Specific Financial Transaction Information (Special Act)” is still under consideration, and investors are minimally protected.

Additionally, as cryptocurrency is still outside the capital market law in Korea, crypto-focused products are not free from market manipulation concerns.

Another anonymous academic said individual investors are often unable to properly manage the risks of stocks, but it is “virtually impossible” to verify the risk factors of cryptocurrencies.

The Korean economists are not wrong. In March, Bitcoin fell 40 percent over two trading sessions — causing hundreds of millions in losses and many crypto-funds shutting up shop.

Bond yields have turned negative in popular U.S. and European products, while zero-interest loans have led to “free” money pumping up equity markets with no fundamental explanation explaining the rise.


Hertz says, hey if there’s this much dumb money buying our bankrupt shares, maybe we can dump a secondary on them. https://t.co/gSsuQHf7JD

Bitcoin has remained relatively stable. BTC prices have fluctuated between $9,200-$9,800 since early-May, making it a “safer” store-of-value compared to index funds or “blue chip” stocks.