Ripple Announces Successful xRapid Transfer from US to Mexico

We have the technology to put a man on the moon, but transferring funds internationally is a different story. 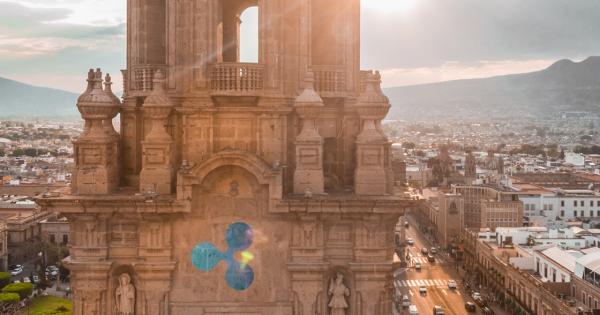 Photo by Jezael Melgoza on Unsplash

We have the technology to put a man on the moon, but transferring funds internationally is a different story. Using today’s existing banking infrastructure, it takes 2-3 days for transactions to clear across foreign borders. Luckily, Ripple is working on a solution. Today in a press release, Ripple announced a successful pilot run of their xRapid service.

According to the pilot, financial institutions can save anywhere from 40-70 percent in transaction fees if they use the xRapid network instead of traditional methods.

Better still, the transaction from the United States to Mexico took a few minutes as opposed to days. xRapid significantly reduces the cost of worldwide exchange while drastically improving transaction time.

The actual transfer of XRP across borders occurs in just a few seconds – however, transferring XRP for fiat currencies takes a bit longer. In this instance, the US bank first sent USD to a gateway (exchange) where it was converted into XRP. Next, the XRP was sent to a gateway in Mexico where it was then exchanged for Pesos.

Ripple relies on third-party exchanges to convert XRP to fiat currency. Rather than depending upon today’s slow banking infrastructure, xRapid selects the exchange best prepared to facilitate the trade. The chosen exchange swaps XRP for the fiat currency of choice and voila, the international transfer is complete.

According to Ripple’s press release:

For example, if a US bank wants to send currency to a Mexican bank, the Mexican bank must have USD, and the US bank has to have Pesos. The same goes for banks worldwide – although, not all banks have every type of currency. Sometimes, the US bank must first send funds to another bank before being ultimately routed to Mexico.

Evidently, it can be a lengthy and complicated process. Ripple describes itself as a global exchange for anything of value and XRP acts as a universal medium of exchange for cross-border payments. If XRP is adopted by institutional banks and governments, it could drastically reduce international transaction times and conversion fees.

XRP can be transferred in a matter of seconds, but the Ripple Protocol is still heavily reliant on third-party intermediaries to facilitate the exchange of XRP for fiat currency.

“The portion of the transfer that relies on the XRP Ledger takes two to three seconds, with the additional processing time attributed to movement across the intermediary digital asset exchanges and local payment rails.”

Setting up exchanges may prove to be expensive as it could be hard to keep up with the ever-changing XRP/USD exchange rate.

Regardless, despite such an obstacle, Ripple is able to reduce the time it takes for parties to carry out an international trade, cutting down the interim from several days to a few minutes.