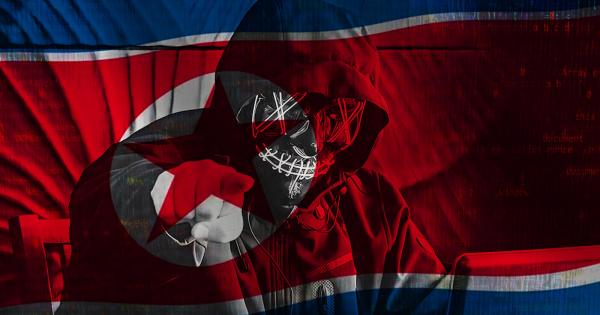 A new report by the Center for a New American Security (CNAS) has identified that the North Korean state-sponsored hackers Lazarus Group deploy high-level techniques to steal and launder crypto profited from various cybercrime attacks.

The CNAS report mentioned that most cybercriminal attacks led by the group were carried out using sophisticated techniques, ranging from high-level hacking and smart laundering techniques made possible through a professional mixing service and new DeFi platforms.

However, the report noted that though the hackers tend to use sophisticated techniques to perpetuate and conceal their actions, their actions are easily traceable and identifiable as they can be tied to a single origin.

“Although the hackers used different Bitcoin addresses to move the stolen funds, they still combined them into a handful of clusters, making it easier to link their ownership to a single origin.”

The government-backed cybercrime unit is better known as the Lazarus group. The group previously was thought to be a rogue team of hackers; however, the growth and sophistication of their methods show that they enjoy the backing of their government.

Per a recent report from CryptoSlate, the funds gotten through the illegal means by the hackers are used to fund the totalitarian government’s thirst for missiles. The report stated that in January alone, it launched nine ballistic missiles, the largest in a single month in its history.

The group first hit the limelight in 2018 when it stole around $230 million worth of crypto assets from Gate.io.

The criminals continued their activities in 2020 when they also siphoned around $300 million worth of digital assets stolen from KuCoin, a Singapore-based crypto exchange.

How to end the “Lazarus Group” menace

After identifying the hackers and their mode of operation, the CNAS report proffered some solutions to how the group could be handled.

CNAS highlighted the need for increased regulations in the crypto space though it conceded that there had been notable advancements in this regard.


According to the body, bad actors like the Lazarus Group and others are maximizing the gaps and vulnerabilities in the space. Thus, regulators still have more work on their hands.

The report specifically urged regulators to:

“remove any loopholes that allow DeFi platforms and other emerging financial technology to circumvent U.S. AML/CFT regulations” while also demanding that crypto exchanges employees “undergo quarterly cyber-hygiene training, including how to identify and report phishing scams.”