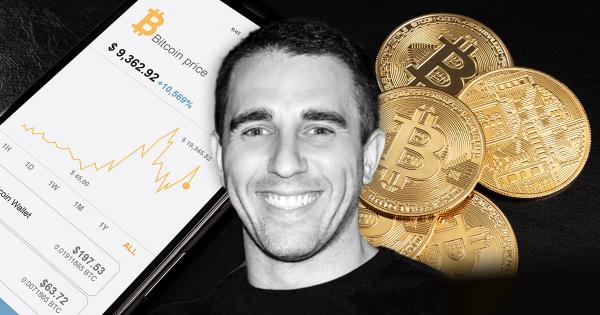 Investor Anthony Pompliano sought to assure Bitcoin hodlers that volatility is neither good nor bad.

Speaking on CNBC’s Squawk Box, Pompliano made the comment in response to host Joe Kernen’s question on whether Bitcoin volatility is beneficial. Kernen asked if investors want stability to the point $BTC is a useable asset, such as for payment purposes.

In summing up, Pompliano reframed Kernen’s question to demonstrate a misconception when measuring the leading cryptocurrency in dollar terms.

“One Bitcoin still equals one Bitcoin.”

There’s no denying Bitcoin is volatile

Answering Kernen’s question on the impact of volatility on useability, Pompliano was quick to mention that volatility is not inherently unwanted because liking it depends on the position held. And positions can and do change.

However, Pompliano admitted that Bitcoin, in U.S dollar terms, has always been very volatile. He went on to point out the numerous significant drops over the last two years.

All the same, the issue here is that volatility is measured in dollars. And as a depreciating and highly volatile asset itself, using dollars to gauge Bitcoin volatility is flawed.

Part of the reason why people overlook this is because dollars (or fiat in general) are ever-present when going about our day-to-day lives.

“The dollar itself is hyper volatile as well. We just don’t think of that because all of the goods and services around us are priced in dollars.”

Pompliano states that things are made worse considering that 40% of the dollars in existence were printed in the last 18-24 months. Meaning, the dollar has been losing value “at an incredible rate” since the health crisis began.

An article from Tech Startups claims 80% of all dollars in existence were printed since January 2020. Thus suggesting currency devaluation is even worse than the situation painted by Pompliano.

For the reasons above, the dollar makes for a poor unit of denomination with which to measure Bitcoin volatility.

When going about his business, even though goods and services are rarely priced in Bitcoin, Pompliano claims to think of his purchases in $BTC terms.