Attorney General James urged workers in the crypto industry who might have witnessed fraud or misconduct to file a whistleblower report with her office. 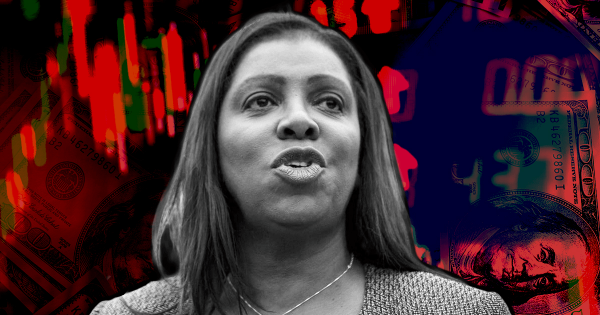 The investor alert asked those who believe they have been deceived or locked out of their accounts by various crypto projects impacted by the recent market crash to contact the NYAG Investor Protection Bureau.

“The recent turbulence and significant losses in the cryptocurrency market are concerning. Investors were promised large returns on cryptocurrencies but instead lost their hard-earned money.”

The press release mentioned the collapse of the Terra/LUNA ecosystem and “account freezes on cryptocurrency staking or earning programs, such as Anchor, Celsius, Voyager, and Stablegains,” have significantly affected New Yorkers.

Meanwhile, those who know someone that the collapse has impacted can still contact the attorney general’s office.

New York has had several attempts at regulating the crypto industry. In October 2021, the attorney general office ordered all unregistered crypto lending platforms to cease operations.

The attorney general issued a taxpayer notice this year directing digital assets investors to declare and pay tax on their assets. The office reached a settlement of close to $1 million with BlockFi for offering unregistered securities in June.

US states targeting Celsius, others

While New York is just declaring its interest in investigating crypto lenders like Celsius and others, several US states like Vermont, Alabama, and Texas have opened investigations into how these firms operated.

Vermont’s Department of Financial Regulation (DFR) declared that Celsius mismanaged its users’ funds and that it was deeply insolvent.

Regulators in Alabama and Texas were also investigating whether the firms’ offerings qualified as securities and whether they met disclosure requirements.