Blockchain technology and cryptocurrency are influencing innovation and change across a spectrum of industries. 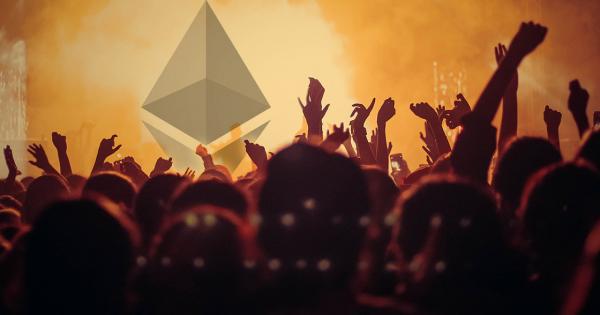 Blockchain technology and cryptocurrency are influencing innovation and change across a spectrum of industries. The music industry already tested the waters of the financial benefits of blockchain technology, but Slovenian electro producer Gramatik has also seized inspiration from the blockchain to create a new track entitled “Vitalik Buterin.”

In collaboration with Kotek, the new track can be listened to via Gramatik’s Soundcloud. In an interview with Billboard revealed that the song is a direct tribute to Vitalik Buterin, the founder of the Ethereum network and is a sequel to the artist’s previous blockchain-related track named after the pseudonymous creator of Bitcoin, Satoshi Nakamoto.

Kotek told Billboard that he encountered Gramatik in 2016 after assisting with the production of a previous track. As a long-time fan of Gramatik, Kotek said that the ideation of “Vitalik Buterin” began as an email conversation between the two artists and evolved into a major milestone.

Gramatik shared that the track is an “instrumental journey” that changes five times throughout its duration throughout a process of evolution that is intended to represent the different stages of development of the Ethereum ecosystem.

Gramatik has remained an outspoken, pro-blockchain artist over the last few years, notably “tokenizing” himself via tokenization platform SingularDTV in November 2017.

In statements released at the time of Gramatik’s “GRMTK” token launch, the artist stressed the importance of blockchain technology, highlighting the fact that the tokenization of creative works allows for both fans and artists to profit from the success of “artist tokens”.

Gramatik’s’ tokenization project was a strong success, generating 7,500 Ethereum, which held a market value of $2.48 million at the time, to tens of thousands of fans worldwide. Applying blockchain technology to the music industry, states Gramatik, is the movement of not only art but of the mind and of the spirit.

Listen to the song here: