Nearly 600,000 People Have Signed Up For Zero-Fee Crypto Trading on Robinhood

Almost overnight, Robinhood has made itself a force to be reckoned with in the cryptocurrency trading space. 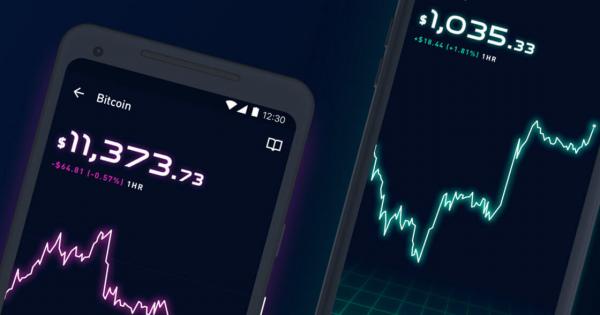 Almost overnight, Robinhood has made itself a force to be reckoned with in the cryptocurrency trading space. It is currently making waves for being the most recent business to dive into the crypto market. The stock brokerage app has a real opportunity to become more than just a platform for cryptocurrency fanatics.

A spokesperson for Robinhood announced that they were one of the only, if not the only app that offered stocks and cryptocurrencies all in one place.

Robinhood was created back in 2013 and is mainly a stock brokerage app. But with the addition of digital currency, they have evolved to become so much more.

This new feature is appropriately called Robinhood Crypto, and it was made in hopes that everyone can have access to digital currencies, not just those who can afford the high fees on other exchanges.

They are currently only in a beta version, but you have the option of adding your name to a waitlist, which will allow early access to the features before they are released.

Robinhood already has nearly 600,000 people signed up for early access to its crypto trading platform.

All of the options will be available to everyone on the platform in February. Among these features will be the ability to transfer and trade Ethereum and Bitcoin, two of the most popular cryptocurrencies out right now. There 14 other cryptocurrencies coming soon.

By adding cryptocurrencies, Robinhood has committed to being more than just a stock trading app. Their offer of “commission free trading” is setting new standards in the crypto market. Currently, you won’t find any other crypto exchanges that can say that they have free trading.

Robinhood has assured users that they are going to be taking this new change of adding various cryptocurrencies very slowly. They will start out by adding the digital currencies Ethereum and the most popular crypto: Bitcoin, which will be available in certain states as a test group.

The test states listed are:

Robinhood plans on releasing additional cryptocurrencies in February. The final release will be based on the feedback that they receive from the test states.

The stock brokerage app has over three million users and the total amount transacted on the platform is reportedly over $100 billion. Robinhood has decided to self-title itself as the “fastest growing brokerage ever.” Only time will tell if they will continue to champion that claim.