Nasdaq decline equates to Dot-Com crash. How does it compare to crypto?

The Nasdaq market cap has fallen as much as it did in the turn of the century Dot-Com crash, while Bitcoin holds firm at $30,000. 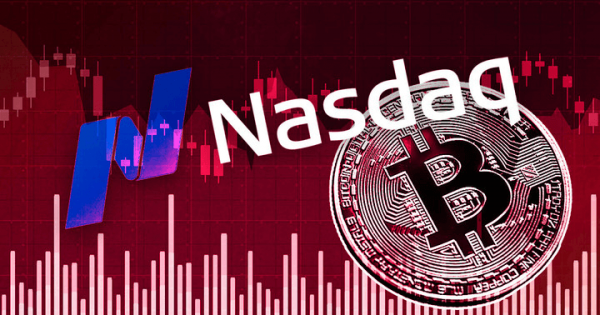 Analysis shows that Nasdaq has lost over $7 trillion in value amid the market sell-off in 2022.

Quantum Economics founder and CEOMati Greenspan highlighted on Twitter that $7.6 trillion had left the Nasdaq in value in the current decline.

When adjusted for inflation, the Dot-Com crash comes to around $7.9 trillion, making the current Nasdaq decline just $300 billion shy of the infamous 2000 crash this year.

The numbers are obviously not adjusted for inflation but still mind-blowing to see in this context. pic.twitter.com/aHem93mhpo

According to the World Federation of Exchanges, the Nasdaq peaked at $24.5 trillion in December 2021.

The decline in the overall crypto market currently stands at double the Nasdaq’s at 66%. However, the crypto market is historically more volatile and was last at its current level in July 2021. The Nasdaq has not fallen as far as $18.6 trillion since November 2020 and had been growing month on month until December 2021. It has dropped an average of $1 trillion per month since the start of 2022.

Comparison to the crypto markets

When the Nasdaq reached its all-time high in December 2021, the crypto markets had already corrected $2.2 trillion. Thus, the decline over the same period is 41%, just 10% higher than the sell-off of the Nasdaq. Looking at Bitcoin in isolation, there has been a similar decline, with the broader market following the largest cryptocurrency by market cap.

However, it is essential to note that crypto has had to weather one of its most significant moments since the Mt. Gox hacks with the capitulation of the Terra ecosystem. The ability of the crypto market to absorb two of the top 10 crypto projects imploding within a single week is certainly causing optimism for many investors and developers.

After a rapid dump of 3 billion dollars worth of #Bitcoin  onto the market, its price stands at $30,000.

This, friends, is what the path to hyperbitcoinization looks like.

Not even gold would show this kind of resilience.