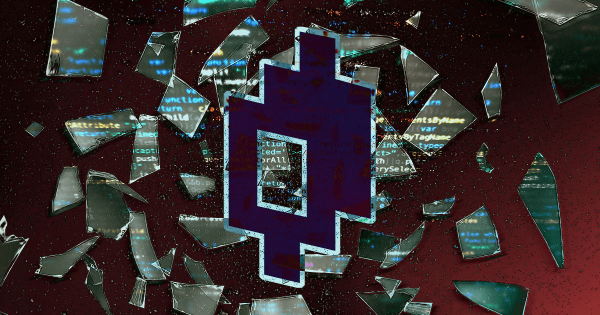 The Dark Knight of Terra — FatManTerra — has again reported on another exploit with the Terra ecosystem. Mirror Protocol, a decentralized exchange on Terra, has had over $2 million drained due to an issue with the pricing oracle for Luna Classic.

The oracle issue affected other apps such as CoinStats early on May 31. Investors who own LUNC will have woken up to check their portfolios to see a 6,153,750% increase as LUNC was displayed at $8 per token instead of $0.00013.

However, the visual issue was far less important than the one happening with Mirror Protocol. The discrepancy has allowed an attacker to take out a loan using negligible amounts of LUNC as collateral and then remove tokens such as “mBTC, mETH, mDOT, and mGLXY,” which had their liquidity pools entirely drained.

FatManTerra made a call to action early in the morning of May 31, urging Mirror Protocol to fix the pricing oracle before U.S. markets opened. Mirror also held tokenized versions of U.S. securities such as $SPY, $AAPL, and $AMZN, which would also be under threat once they became tradable.

FatManTerra took a screenshot of the tokenized securities before markets opened and “moments before disaster.”

However, it appears that there was an intervention, and the remaining liquidity on Mirror Protocol has remained intact. FatManTerra tweeted:

Crisis averted – in the nick of time, Mirror disabled the usage of mBTC, mETH, mGLXY and mDOT as collateral. The attacker can no longer use his ill-gotten endowment to drain the rest of the pools. Great job @mirror_protocol – thank you!

Mirror’s native MIR token is down 20% today following the news as investors pulled their tokens in fear of losing assets in the exploit. Further, mirror.finance appears to be down as of 1 pm GMT on May 31, indicating all may still not be well with the application.

How did this happen?

The root of the issue comes from the decision to launch LUNA 2.0 as quickly as possible. With less than two weeks from the attack to the launch of LUNA 2.0, anyone could have predicted that there would be significant repercussions to rushing.

The decision to rebrand the legacy LUNA token to LUNC and give the new chain the old ticket, $LUNA, is undoubtedly the primary culprit in this scenario. Any code that references the ticker without the correct network reference will return incorrect data.

$LUNC runs on the “columbus-5” network, whereas $LUNA runs “phoenix-1”. For added confusion, on the Ethereum network, each token has a contract address; Wrapped Luna Classic $LUNC is “0xd2877702675e6cEb975b4A1dFf9fb7BAF4C91ea9” while $LUNA currently has no wrapped token on Ethereum. More issues regarding the migration to a new chain will likely emerge in the coming weeks.

FatManTerra leaked a chat between Do Kwon and Terra validators that stated,

“the most important thing is to get something launched

it almost doesn’t matter how one designs it

we lose community every day we delay”

This message clearly shows that Do Kwon had only one focus: to relaunch Luna. He seemingly did not care if the new blockchain was made well; he wanted it live. It is no wonder there have been significant issues, and it has only been three days.

Investors’ faith in the crypto industry is at risk as Do Kwon’s arrogance continues to affect users even after the death of TerraUSD. Following the news and in an ominous post, FatManTerra tweeted,

“I will stay until my work here is done – I want to see Terra 2 returned to the builders/community, I want restitution for UST victims, I want justice for criminals. I am not suicidal. I am invigorated by purpose. Know that if I disappear or die, it will be no fault of my own. GN.”

CryptoSlate has contacted FatManTerra to verify sources and ensure that we provide the most up-to-date and accurate coverage possible. He confirmed to us privately that he does not work within the Terra ecosystem but is dedicated to achieving justice for those like him who have lost so much.