As a Layer-1 blockchain Mina is supporting zero knowledge smart contract technology that may pave the way for increased adoption. 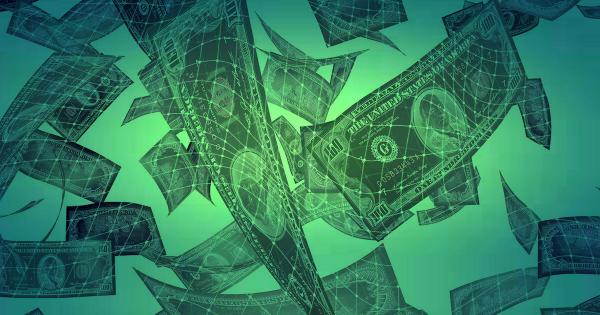 [A thread 1/10] March’s ecosystem update featuring the latest progress by the #MinaCommunity is here!

An exciting update is that the Mina ecosystem has raised $92M to further support ecosystem growth and help Mina build the privacy and security layer for #Web3.

Mina classifies itself as the world’s lightest blockchain, powered by participants. It is a Layer-1 blockchain enabling easy programmability of zero-knowledge smart contracts, zkApps.  Zero-knowledge proofs (ZKPs) have been popularized by the recent attention drawn to zk-rollups as a scaling solution to Ethereum’s high gas fees. Mina takes ZKP-based technology to the next level by putting it in the hands of everyday users via zkApps, Mina’s ZKP smart contracts.

Funds will accelerate ecosystem growth and expand the grants program

The funds will be deployed to accelerate Mina’s adoption as the leading zero-knowledge platform within Web3 by attracting world-class developers. Speaking about the funds Evan Shapiro, CEO of the Mina Foundation said:

“The funds will be deployed to accelerate Mina’s adoption as the leading zero-knowledge platform within Web3 by attracting world-class developers. More specifically, Mina Foundation will be focused on opening up more grant programs, such as a more robust grant program to support developers.”

They are also passionate about supporting contributing teams and members of the Mina community with their ongoing grants program:

“We have given out over 1,100 grants to the Mina Community including over 650 Genesis Founding members, over 430 Prism Contributing Members, and many other quarterly grantees. We are looking forward to continuing our commitment to expanding our grants programs for developers and community builders,” Shapiro continued.

Connecting peer-to-peer with permissionless technology was the true vision of many blockchain ecosystems. Allowing people to make decisions without relying on intermediaries was an ethos that many teams, developers, and projects admired about the potential of blockchain solutions.

However, decentralization to date has suffered as it gained success, becoming a victim of its own success one might say. The hierarchical structure found in Web2 remains very much a part of most ecosystems and many networks are vulnerable to censorship from a few rather than accountable to the community of users.

By reducing the amount of data each user is required to download, Mina aims to scale and offer the same levels of accessibility to all users. Using zk-SNARK technology they capture the state of the entire blockchain as a snapshot. With zkApps, developers can leverage verified, real-world data to build decentralized apps in an efficient way without the need for middlemen.

Powering trustless, peer-to-peer transactions without intermediaries was one of the bigger visions of the blockchain world. Only time will tell if these visions can be communicated, developed, and adapted to suit the individuals wishing to partake in the true, decentralized future.

Mina claims to be the world’s lightest blockchain, powered by participants. Learn more