MicroStrategy CEO Michael Saylor announced the firm had purchased a further 262 Bitcoin at the cost of $15mn. 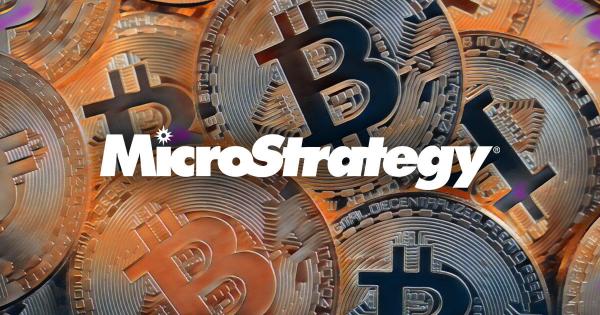 MicroStrategy CEO Michael Saylor announced the firm had purchased a further 262 Bitcoin at the cost of $15mn. This brings its total holdings to 91,326 BTC, with a total spend of $2.2bn.

Based on today’s price, MicroStrategy has an unrealized profit of $2.988bn. The move coincided with a bounce at $55k and the subsequent recovery back above $57k at the time of writing.

During a recent interview, Saylor dropped the bombshell reveal that governments, via sovereign wealth funds, are the next class of buyer ready to make a move on Bitcoin.

He said part of the reason why is down to the deteriorating performance of gold. After hitting an all-time high of $2k/oz in Aug 2020, gold has fallen into a descending channel.

Things took a turn for the worse at the end of February when the price broke below the key $1.7k support level. Since the start of the year, gold is down 12%. By contrast, Bitcoin is up 95%.

With that, there’s a burgeoning appreciation that Bitcoin is the hedge move to make, not gold.

Saylor states that a central sticking point was moving too early. But, as big-name institutions, of the likes of Tesla and PayPal, nailed their colors to the mast, sovereign wealth funds now have the confidence to follow suit.

“I think it’s inevitable that you’ll see the sovereign wealth funds. They have to move, I mean, they have infinite money, and if you’re infinite money and see the asset class coming and you see it’s the best performing asset class, your only issue is, are other people with money doing this.”

As profitable as MicroStrategy’s Bitcoin play has been, all is not well on the share price front. Over the course of a month, MSTR has shed 24% of its stock price. With last week seeing a low of $620.

Although this is part of a broader tech stock downtrend, that hasn’t stopped critics from panning MicroStrategy’s continual Bitcoin buying sprees. Marc Lichtenfeld, the Chief Income Strategist at The Oxford Group, called it irresponsible behavior that is excessive and leaves the firm vulnerable.

“I think MicroStrategy is being completely irresponsible with shareholders’ capital by putting so much of their assets into a very speculative and volatile asset.

I have never seen a company do this. This is beyond the excesses I have seen during the dot-com boom, and I think it makes them very, very vulnerable.”

Saylor has previously stated that the upside potential makes buying Bitcoin the move to make. 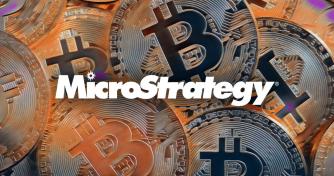 MicroStrategy buys another $1 billion worth of Bitcoin 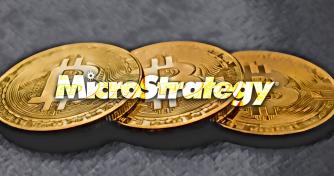 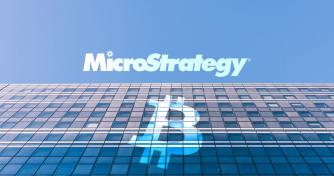