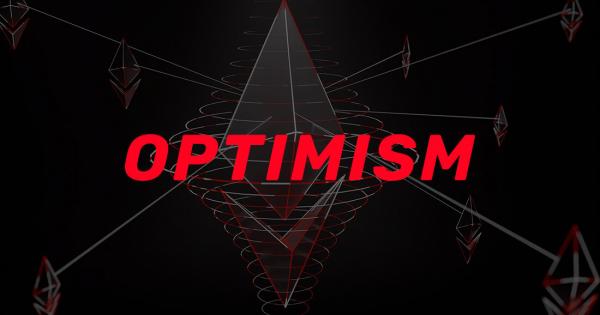 Optimism has officially removed the Whitelist feature from its network allowing developers to directly deploy smart contracts on its mainnet. The network said that it will help Optimism gain mainstream exposure and will also contribute to the network’s widespread adoption.

The whitelist is officially gone and anyone can deploy to Optimism!https://t.co/XFCL7yKh8n

According to the official announcement, Optimism had integrated a Whitelist feature to “establish direct lines of communication with the projects building applications on top of the network.” The network also said that removing the Whitelist will enable it to become more accessible to users, allowing them to deploy contracts in a fast and effective manner.

David Hoffman of Crypto media outlet Bankless described the removal of Optimism’ Whitelist as a “one-way” decision that will bolster the team’s commitment to transform Optimism into a permanent mainnet.

Similarly, Hoffman also predicted that removing the Whitelist may also help the network reduce its cost associated with the development and maintenance.

A whitelist is generally described as an opt-in security feature in a network’s address book that facilitates crypto withdrawals to go to certain predefined addresses. Optimism’s decision to remove the whitelist is said to bolster the network’s scaling capability, accelerating its adoption and practical use cases.

The network also announced that it will not issue any additional regenesis-style upgrades. The network, from now onwards will opt for “state, transaction history, and event data upgrade style.” The network has also invited applications from potential developers who wish to deploy applications on Optimism to further scale and expand their security model.

According to the official announcement, the Optimism network team will be issuing new upgrades to make the network faster, cheaper, and accessible to various users. The team has also stated its upgraded security feature will include maintaining centralized guardrails, enabling them to keep parts of the network under control.

As per the data from analytics and research website L2Beat, Optimism at present is Ethereum fifth’s largest layer 2 with a total value of $383 million. Optimism has also received an audit-related grant from the Ethereum foundation to pursue L2 scaling and development comprehensively.