New York Assembly Bill A7389C seeks to introduce a two-year moratorium on the issuance and renewal of PoW crypto mining companies that use fossil fuels. 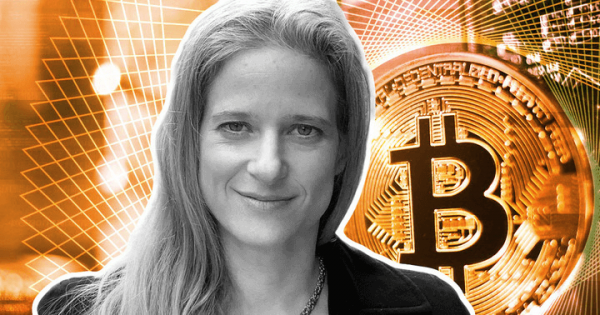 She pointed out that most people misunderstand the legislation due to fear-mongering; the bill does not plan to ban mining.

Instead of interpreting it based on emotions, it would be wise to read the entire bill and understand it, Kelles asserted.

Bill A7389C calls for a two-year moratorium on issuing and renewing the licenses of PoW crypto mining companies within New York. In doing so, the state hopes to meet the requirements of the Climate Leadership and Community Protection Act, which stipulates an 85% reduction in New York’s greenhouse gas emissions by 2050.

According to the bill, PoW mining is energy-intensive, and companies in this line of work are increasingly taking root in New York due to affordable power and a chilly climate.

Kelles remarked that the bill is not about the PoW crypto mining industry but the use of power plants in New York.

Explaining why the bill is not targeting PoW crypto miners, she said:

She added that the bill is not retroactive and will not affect existing operations. Moreover, Kelles said the bill would not affect small-scale crypto miners. Her definition of small-scale is operating up to 20 mining rigs.

Bill is a signal to steer clear of New York

Although Kelles asserts that the crypto mining bill is “a huge pause button” targeting New York-based crypto miners that use fossil fuels, industry experts have a different outlook.

In the end, this is sending a message to miners to stay away from New York, because these are only the first steps in what may become a wholesale ban of mining in the state.

Crypto proponents have also questioned whether the bill is indeed about the environment. An example is Coin Metrics co-founder Nic Carter, who said the ban might seem more credible if New York had not shut down the Indian Point Nuclear plant and replaced it with natural gas plants.

Carter pointed out that the nuclear plant generated 10% of New York’s electricity. To this end, he concluded that the state’s efforts to champion climate control are false.

Ethereum co-founder Vitalik Buterin also opposed New York’s move to ban PoW mining. While he favors decreasing carbon emissions for the sake of the environment, Buterin said the government should not pick which applications are a good use of electricity and instead look at implementing carbon pricing.