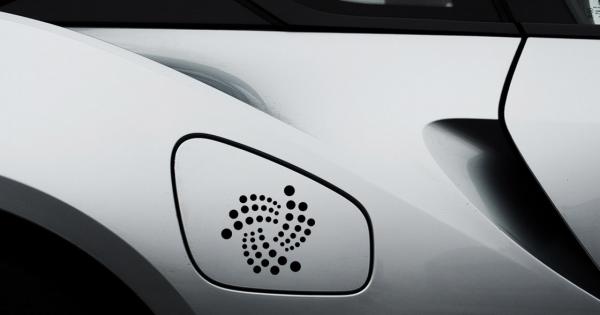 Photo by David Cohen on Unsplash

Netherlands-based ElaadNL has officially unveiled the world first Internet of Things capable charging station by harnessing the IOTA tangle to facilitate direct transactions between vehicle and charger. This application of the protocol represents a milestone, providing a tangible demonstration of the possibilities of feeless M2M transactions.

To facilitate this transaction, the IOTA charging station is outfitted with an e-Mobility ISO 15118 charging port.

This charging standard has been developed the International Organization for Standardization, a worldwide federation of national standards bodies, to establish universal compatibility for the vehicle to grid communications infrastructure. This allows for secure, tamper-free charging and billing of electric vehicles across the world.

The standard allows compatible vehicles to simply plug and charge with no need for RFID, Bluetooth or any other transmission protocols. Communications between the vehicle and charging bay transact directly through the plug, establishing TCP/IP communications via the charging station to exchange data with the vehicle.

After connecting, the bay facilitates the exchange of digital signatures and certificates that act as public keys — like those commonly used in blockchain wallets — allowing it to build a trust relationship between the communicating parties and authenticating the transaction based on the agreed digital contract.

The digital contract used in the transaction is outlined by the vehicle, meaning the open standard allows customers choose their vehicle’s energy provider.

This contractual handshake allows the consumer to link their transaction to a legal binding contract supplied by their vehicle manufacturer, mobility operator — or in the case of IOTA — a compatible blockchain smart contract.

Contracts such as these require no intermediary body, IOTA integration allows for a direct transaction between parties, deducting the cost from the user wallet via secure, real time micro-payments that backup to the tangle every 15 minutes.

Providing a secure automated transaction layer is the cornerstone of the IOTA platform — the ability to provide a verifiable permissionless trust economy will revolutionize the way we interact with our devices.

The IOTA foundation is excited to present the possibilities of their platform in such a real and tangible way, as Alisa Maas, the Foundation’s Head of mobility states:

“This solution demystifies IOTA’s potential to become the backbone for the Machine Economy. Thanks to ElaadNL’s cutting edge innovation, seamless e-mobility is taking one big leap forward and we look forward to sharing this achievement with the rest of our growing ecosystem, at the crossroads of mobility, energy and smart cities sectors.”

The tangle’s scope spreads far beyond the automotive industry.

As a partner of the Trusted IoT Alliance, the IOTA foundation has seen investments from large multinationals such as Bosch, Volkswagen, Canonical and Microsoft Azure. Many of these companies look to IOTA to provide a secure, traceable means of data management between their sensors to allow for real-time, scalable solutions for the upcoming Internet of Things evolution.

ElaadNL’s implementation of the IOTA tangle demonstrates one of the core use cases for the IoT focused technology, creating a fee-free, seamless transaction settlement layer allowing both humans and machines to participate in the flourishing digital economy without the interference of third-party establishments.