Jason Urban, co-head of Galaxy Digital Trading, states CBDCs will be a positive development for private cryptocurrencies such as Bitcoin. 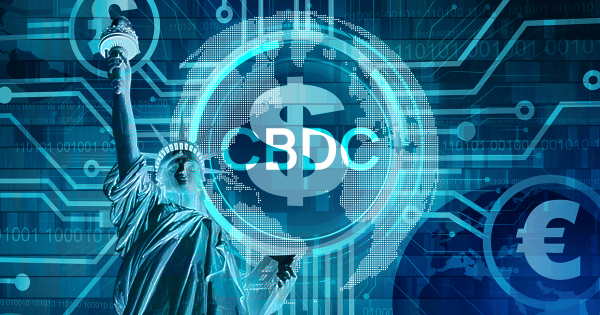 Urban’s comments and positive outlook contrast the industry’s concerns. Many people argue that CBDCs pose privacy risks for ordinary people and could potentially cut them off from the financial system for contrarian political views.

CBDCs are a virtual money system issued by a central bank, much like fiat is already printed — except digitally on a private blockchain. Cryptocurrencies are often mistakenly considered the same as CBDCs. However, they are inherently different from an ideological standpoint — cryptocurrencies are decentralized, and CBDCs are not.

Urban mentions that CBDCs  “are happening” regardless of how the industry feels about them, and with that, speculation grows over how they will impact the lives of everyday people.

Data from the Atlantic Council, tracking the global development of CBDCs, shows a total of 80 countries are either researching, developing, piloting, or have launched a CBDC. Around 40% of countries are serious about transitioning to this paradigm.

While the Fed claims it has made no decisions on “whether to pursue or implement a central bank digital currency,” the Bank of America says a digital dollar is inevitable.

Urban acknowledges that the idea of a digital dollar is unsettling. But, rather than dwell on the dystopian aspect of what they could potentially mean, he says CBDCs would act as a payment rail ushering in everyday users. Urban argues this would be a positive development for the entire private cryptocurrency space.

“Either way, it’s going to have such a positive effect to the ecosystem, our ecosystem, the crypto ecosystem, because it creates the rails for everyday users to transact.”

The potential abuse of power and control

However, when pressed on the concerns people have about CBDCs, such as invasion of privacy and the potential for being cut off over contrarian political views, Urban responds by saying this is no different from the current system in place.

“you can be sanctioned and kicked out of the financial system, look at Russian oligarchs.”

Urban further expands on this by saying, in his vision of a CBDC system underpinned by five (or so) stablecoins, he doesn’t presume the U.S government will have complete control over all five.

“But that argument specifically is addressed if you look at somebody… the government basically saying, these five stablecoins are effectively the same as a dollar, can they make sway over those five coins? To some degree yes, to some degree no…”

He ends his point by saying the benefits of blockchain are also the detriments of the blockchain. In other words, Urban at least recognizes the potential for infringement of liberty that CBDCs hold.