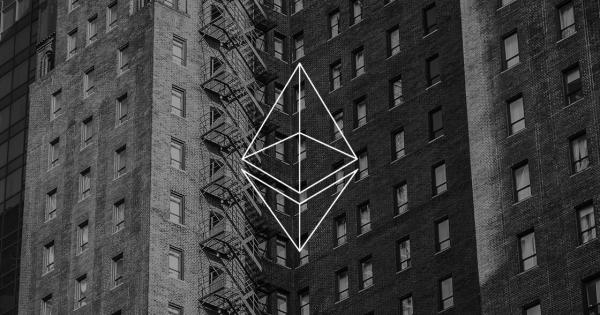 The company announced the news on Twitter on May 23, saying they received the approval from the Financial Industry Regulatory Authority (FINRA) to list eligible shares of its Grayscale Ethereum Trust. Having received secondary-market trading approval, Grayscale’s Ether investment vehicle will now be open to mom-and-pop buyers, Bloomberg reported.

Michael Sonnenshein, managing director of Grayscale Investments, said that the secondary market opens up the opportunity for “any and all investors.”

Grayscale Ethereum Trust (ETHE) currently has $12.5 million in assets under management and was launched in December 2017 during the height of the crypto bubble. The trust was initially only available to accredited and institutional investors at a minimum of $25,000 through private purchases, Sonnenshein explained.

According to the company’s press release, as of April 30, each Share of ETHE would be equivalent to 0.09662399 Ethereum. However, the company also noted that the Ethereum in each share would decrease over a period of time as ETHE would not “generate income.” To combat this, it will be “regularly distributed” to clear-out expenses.

The launch of Grayscale’s Ethereum product will remain subject to full compatibility with the Depository Trust Company (DTC), the world’s largest securities depository, the company said.

“There will be no trading volume in the Shares’ public quotation until the Shares are DTC eligible, which ETHE is expected to receive soon. Investors will be able to find current financial disclosure and Real-Time Level 2 quotes for Shares of ETHE on the OTC Markets website once trading commences,” Grayscale stated in the press release.

As reported by Bloomberg, investors in the Ethereum Trust who have held shares for at least a year will now be able to sell these shares over the counter.

Considering how well Grayscale did with its Bitcoin Investment Trust (BIT) and Ethereum Classic Trust (ECT), it’s no wonder why investors have gone crazy over ETHE. According to Insider Financial, Grayscale Ethereum Classic Trust has rallied by more than 300 percent since the start of the year. Last month, the company reported that 99 percent of its client investments were in BIT.