Acting FDIC Chairman Martin Gruenberg said that stablecoins could disrupt the banking system if properly regulated and integrated into the mainstream economy. 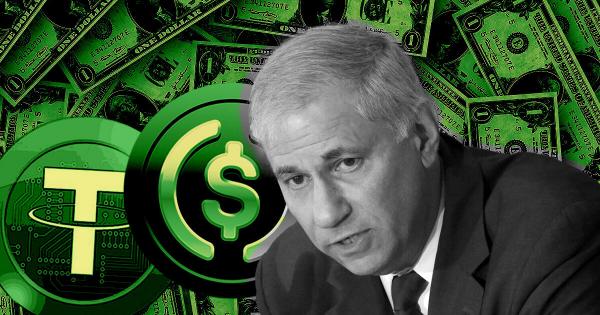 The federal deposit and insurance commission (FDIC) acting Chairman Martin Gruenberg has acknowledged the role of stablecoins in the digital economy but advocates that it should be properly regulated before integration with the mainstream payment system.

Martin Gruenberg in an Oct. 20 speech delivered at the Brookings Center, said that the FDIC was engaging with banks to ensure they remain compliant while offering crypto-related services.

Gruenberg said that stablecoins have the potential to be a reliable source of payment in the mainstream economy, as they have the ability to offer safe, efficient, cost-effective, and real-time settlement.

However, the growing cases of stablecoin de-pegging and UST collapse make the current stablecoin system unfit to be integrated into the financial system.

Gruenberg said that to make stablecoins safer and fit to exist alongside the Fed’s FedNow payment system, certain policy recommendations need to be adhered considered.

The FDIC executive said that regulation is indispensable for stablecoins to become fully integrated into the financial system. An effective way to achieve this would be to issue the stablecoin through bank subsidiaries that are subject to the Fed’s oversight.

He added that short-term assets like the U.S. Treasury bills could guarantee the safety of stablecoins. It makes it easier for stablecoins to be redeemed against fiat currencies.

To check against money laundering activities, Gruenberg recommends that stablecoins be issued on permissioned blockchains. He noted that this makes it easier for relevant authorities to know all parties, including nodes and validators facilitating transactions in the system.

Gruenberg, however, expressed concerns that compliant stablecoins could alter the operations of the banking systems.

He argued that stablecoin could promote the use of FinTech and non-bank services which could take more credits away from the many U.S. banks and create a foundation for shadow banking.

To address this concern, Gruenberg said that regulators need to decide if nonbanks should be allowed to offer stablecoins, or limit their issuance and operation to only federally-regulated banks.