Elon Musk trolls the Web3 concept, does he have a point?

"Doublespeak" from Elon Musk leaves readers none the wiser regarding his thoughts on Web3. 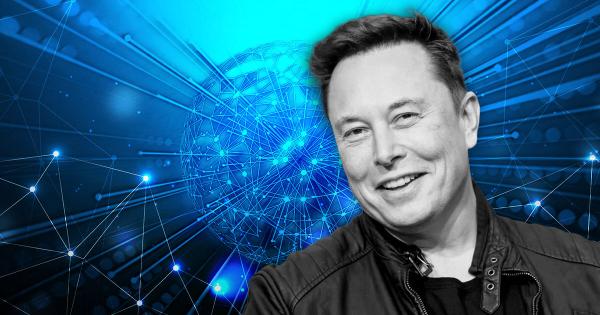 The world’s richest man, Elon Musk, took to Twitter on Tuesday to call out Web3, asking if anyone has seen it because he “can’t find it.”

Has anyone seen web3? I can’t find it.

While Web3 is billed as an incoming revolution, perhaps an unstoppable one, it seems at face value he’s not sold on the idea. But what exactly does he mean by being unable to find it?

Web3 is touted as the next iteration of the internet. It will incorporate decentralization and utilize blockchain technologies, including cryptocurrencies.

The underlying theme of this idea is that users will hold ownership rights in the applications and platforms. This contrasts with the current state of affairs, where tech oligopolies of the likes of Google and Facebook, and so on, run the show.

As a broad concept, Web3 also touches upon many other ideas too, including the Metaverse, NFTs, and decentralized autonomous organizations (DAOs).

The founder of Parity Technologies, Gavin Wood, is credited with coining the term. Speaking to Wired, Wood said Web3 is our last hope for “liberal democracy.” Even so, as far as busting the stranglehold of tech giants, he’s still unsure whether it can achieve that.

Wood elaborated further by saying it’s a logical improvement to how things currently work. Even inevitable when taken with a big picture perspective. However, he tempered those words by implying the tech oligopolies won’t rollover.

“Yeah, I guess the thing is, I don’t know if it’s going to—I mean, I think it’s a logical improvement. And I think in the grander scheme, it’s inevitable. Either it’s inevitable or society’s going down the pan. But in terms of concrete, it’s a much more difficult question to answer.”

What exactly does Musk mean, anyway?

In response to Musk’s comment, Jack Dorsey chimed in by insinuating that Web3 is dead in the water as a concept to smash centralization.

The former Twitter boss said Web3 is already owned by venture capitalists and limited partners (or the investors of VCs). For that reason, Dorsey claims Web3 is still centralization but “with a different label.”

The VCs and their LPs do. It will never escape their incentives. It’s ultimately a centralized entity with a different label.

Know what you’re getting into…”

Musk’s social media messages are known for their “doublespeak,” in that what he writes can be interpreted in more than one way.

With that, Musk asking where Web3 is could refer to a dig at the slow rate of development. Alternatively, the same message could mean he echoes Dorsey’s sentiment, and the concept of escaping the clutches of big tech is simply a delusion.

And so, regarding whether Musk has a valid point, the answer is maybe.