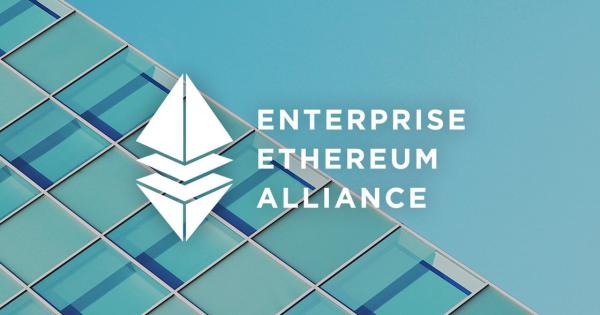 Photo by Dmitri Popov on Unsplash

The EEA, a consortium of startups, Fortune 500 companies, academics, developers, and technology vendors, focuses on developing open-source standards that address enterprise deployment requirements. Operating as a non-profit corporation, the EEA boasts high-profile members such as Accenture, BP, Credit Suisse, and Microsoft, and was founded in March 2017. 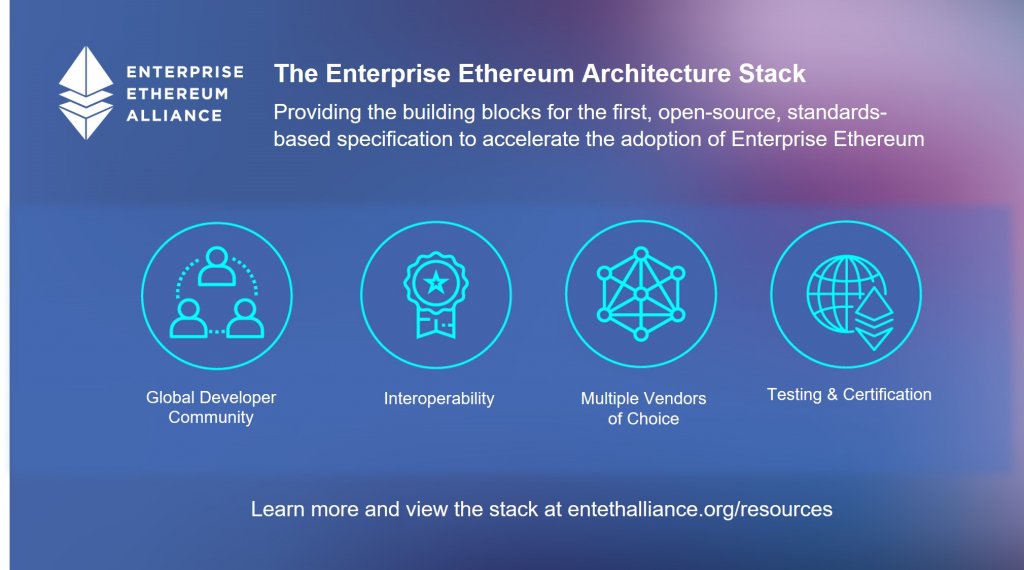 The EEA has remained relatively quiet since inception and, despite establishing a number of working groups and continuously adding enterprise organizations to its roster, has launched few large-scale projects.

The release of the Enterprise Ethereum Architecture Stack is a major step forward for the alliance, and could potentially function as the first element of an interoperability-focused set of standards that dramatically accelerates the adoption of blockchain technology in the enterprise space.

While the EEA is a major influence in the world of enterprise blockchain adoption, it’s not the only organization working toward bringing distributed ledger technology to the world of business.

The R3 consortium, founded by major financial platforms that include Barclays, J.P. Morgan, and Goldman Sachs, is currently steadily working on the development of Corda — an open-source distributed ledger platform designed to streamline finance and commerce with blockchain tech.

R3 may be working toward the implementation of financial blockchains solutions, but the Corda solution is decidedly centralized — the presence of Corda Oracles within the Corda blockchain architecture is arguably at odds with the fundamental goal of decentralization that drives distributed ledger tech.

The Hyperledger project is closer to EEA Enterprise Ethereum Architecture Stack in nature, with the Hyperledger Fabric project aiming to create a permission blockchain infrastructure that can be deployed in a modular manner by enterprise organizations.

Hyperledger, however, has seen a reduction in members over the last six months and is focused on the development of blockchain solutions with predefined use cases, such as Caliper.

The new Enterprise Ethereum Architecture Stack, however, appears to extend beyond the development of use case specific solutions or the implementation of blockchain technology specifically for finance or commerce. EEA Executive Director Ron Resnick outlined the core goals of the stack via a press release:

“With the public release of the stack, the EEA is on its way to delivering a world-class standards-based specification for Enterprise Ethereum solutions with a TestNet and certification program to follow. The EEA’s standards-based approach enables enterprises to deliver a superior customer experience and create new, and innovative solutions. Plus, having multiple vendors of choice will likely mean competition will drive down costs.”

What Does the Enterprise Ethereum Architecture Stack Offer?

The EEAS presents enterprise organizations with a “conceptual framework” that standardizes components of the Ethereum ecosystem and is intended to guide the development of a new set of the standards-based specification.

The Enterprise Ethereum Alliance new architecture stack consists of five tiers, with a peer-to-peer protocol layer at the base with a core blockchain layer on top, which manages transactions, consensus, and both on and off chain data storage.

The middle layer of the EEAS structure is comprised of privacy and scaling elements, while a fourth layer is focused on oracle interactions, permissioning and authentication, wallets, and key management. The final application layer of the stack is geared toward dApps and smart contract tools.

The stack provides a clear delineation of the building blocks required to create the “next-generation of Enterprise Ethereum applications,” establishing a clear framework that can be used to develop and implement blockchain based smart contract capable apps.

The development of a set of standards-based specification specifically designed to streamline enterprise Ethereum integration could significantly boost blockchain adoption, making it easier for enterprise organizations to integrate distributed ledger technology in a cost-effective manner.

“In the near future, Ethereum developers will use the specification to write code that will enable interoperability, motivating enterprise customers to select EEA specification-based solutions over proprietary offerings.”