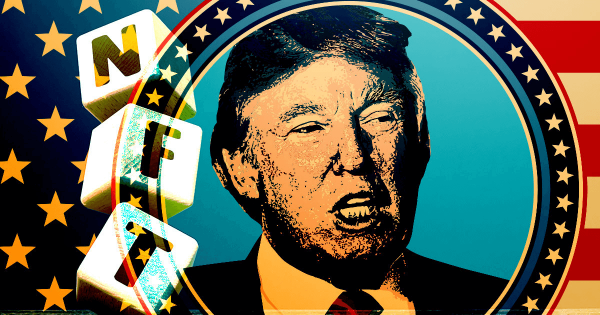 The Donald Trump-branded NFT trading card project has come under fire after it was revealed that the project minted 1000 NFTs internally — 68 of which were considered the rarest in the collection.

On-chain analyst, OKHotshot (@NFTherder) reported on Dec. 17 that 1000 Donald Trump NFT trading cards were minted and then sent to a Gnosis vault wallet (Gnosis safe) created on Dec. 14 — just a day before the project launched.

OKHotshot claimed that a total of 26% of the 1/1 NFTs and 28% of the autographed NFTs were minted and sent to the Gnosis safe. These highly rare NFT traits are found in just 0.40% and 0.16% of all cards respectively. The Gnosis safe holdings can be reviewed on Opensea.

The internally minted 1000 NFTs can be accounted for in the FAQs of the official website, which states:

“Only 45,000 Trump Digital Trading Cards will be created in this initial series. 44,000 of them will be made available for sale”

However, it was not stated explicitly that over 25% of both the rarest trait NFTs would be internally minted and sent to — what seems to be — a team-owned Gnosis safe.

Extra outline on how they minted the first thousand Donald Trump nfts to the gnosis safe. * buyers had a strict limit of a 100 max nft per purchaser/household. pic.twitter.com/akwFJMxWyG

Donald Trump does not own the project

The Donald Trump NFT project is not owned by Donald Trump but instead owned by NFT International LLC., as stated in the official website’s footnotes:

However, ownership of the project is obfuscated in the official website’s statement on the landing page that states:

“For the first time ever, collect your own rare digital collectible Trading Card by President Trump.”

Furthermore, Trump’s post on Truth Social on Dec. 15 — prior to the launch — added further ambiguity to the matter: 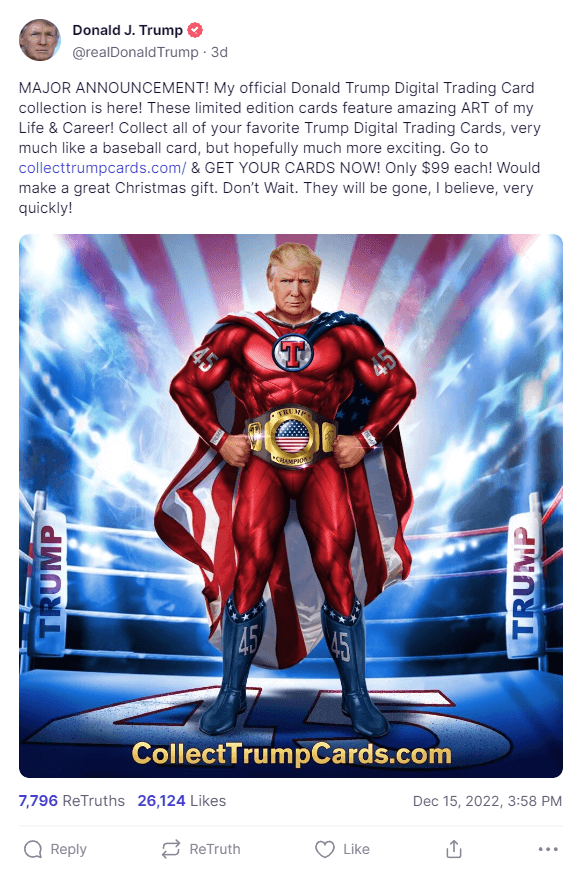 Claims that the Donald Trump NFT trading cards designs were taken from Shutterstock and other images have been circulating on Twitter.

It appears that Donald Trump's NFT image of himself as a cowboy comes from an Amazon image that was slightly altered. https://t.co/B0b2SUSbX9 pic.twitter.com/OA8L2rHw4J

OKHotshot also identified that all metadata and artwork was being stored off-chain. This means that anyone with access to that storage and domain has the ability to change the properties and artwork without revealing the changes on the blockchain for user verification.

4/ Looking further we find that all metadata and artwork are centrally stored off-chain. Ppl that have access to the domain/storage can change properties and artwork without being able to verify this on the blockchain pic.twitter.com/mEQIegMuf1 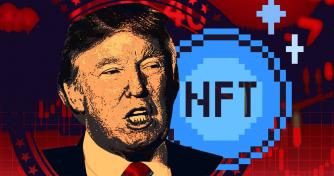 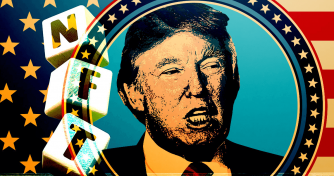 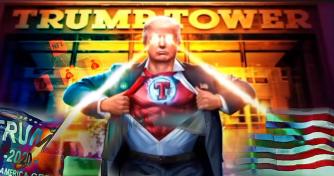 A businessman, politician, and media personality, Donald John Trump served as the 45th president of the United States from 2017 to 2021.

NFT International LLC is the company that licensed the rights to use Donald Trump’s image for the Trump Digital Trading Cards (NFTs).