Did the industry execs’ testimonies ignite the congressional belief in crypto? 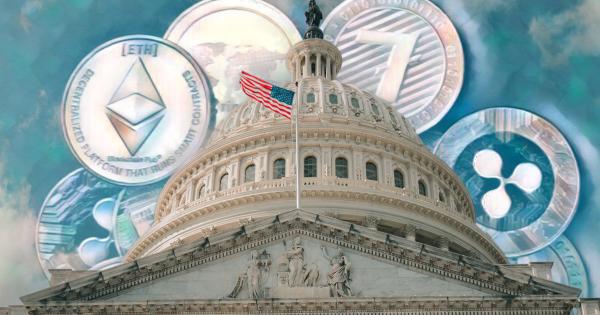 Photo by Marcos Bais from Pexels

Over a five-hour-long educational hearing before the House Financial Services Committee on Wednesday has confirmed–the US Congress is ready to listen.

In a bid to ward off aggressive regulation, six senior executives from leading crypto firms, including Bitfury, Circle, Coinbase, FTX, Paxos and the Stellar Development Foundation, gave a crash course on the point of crypto and what needs to be done in order for the US to take the lead.

“Let’s be clear, this technology is already regulated. The question for policymakers is whether you know enough about this technology, which is neither fish nor fowl, to have a serious debate,” Committee ranking member Patrick McHenry said in the opening remarks.

The Republican, who called the crypto sector the “next generation of the internet” set the tone of the hearing asking what needs to be done to ensure that the “crypto revolution happens in the US and not overseas.”

Each of the testimonies tried to provide a constructive answer to this burning question, as the hearing unraveled in a supportive tone.

“Today’s HFSC hearing was the most positive, constructive, & bipartisan public event on crypto I’ve seen in Congress–ever. I mean that literally,” Jake Chervinsky, Head of Policy at Blockchain Association, commented on Twitter.

According to the notable crypto lawyer, the crypto industry and community engagement in Washington is finally bearing fruit.

I credit @KMSmithDC. I wouldn't have taken this job if not for her.

A big part of the hearing was dedicated to stablecoins–tokens pegged to traditional, government-backed currencies, which offer crypto traders a lifeline in the volatile market.

Their key role in the market–underpinning the DeFi ecosystem–drove the sector to exponential growth.

Issuance of stablecoins surfaced as one of the hottest regulatory topics, as the CEOs challenged some of the regulatory tendencies surrounding the sector.

These refer to proposals to limit stablecoin issuance to insured depository institutions, or IDIs–  outlined in the recent President’s Working Group report on stablecoins.

“Is it consistent to take the position that only banks should be allowed to issue stablecoins, but then fail to grant bank charters to the largest issuers of stablecoins?”–asked Brooks.

totally agree. this part floored me. "Do we trust big banks more, or open source software more?" blowing my mind how far we've come to hear the former top banking regulator saying this in congress

The former Comptroller of the Currency also added that “there will come a time, gradually then suddenly, when the attractiveness of the dollar relative to other currencies could change,” while arguing that stablecoins have the potential to boost the US dollar’s utility and help it fight off the rising inflation.

Circle Co-founder, Chairman, and CEO Jeremy Allaire took the role that US stablecoins could play even further–underscoring their potential to support the global dominance of the US dollar.

“The United States and the US dollar are winning the digital currency space race today,” Allaire said–noting that China’s CBDC is lagging behind.

While assigning them strategic importance, Allaire noted that “it’s important that the barrier to entry in the stablecoin space not be so high that startups that are innovating as money services businesses can’t participate.” SBF says he will testify before US congress on Dec. 13