Data shows Bitcoin sells are being scooped up by BTC whales 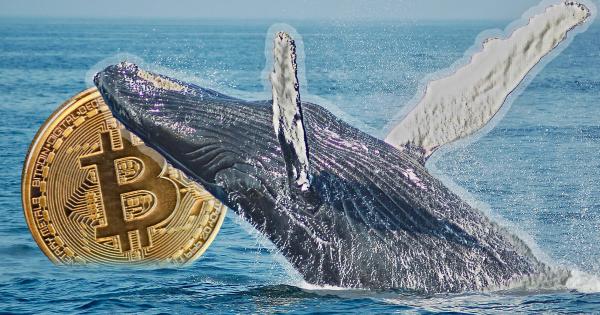 Bitcoin jubilation turns to panic as the market downturn takes hold. The last 24-hours have seen $260 billion wiped from the crypto market cap in what can only be described as a blood bath.

Indications of a dip began to show over the weekend when Bitcoin failed to hold the crucial $38.8k level. Since then, a continuation of the downtrend today sees a massive 20% drop, sending the bulls packing.

Despite that, many remain in the crypto space defiant, regardless of the ensuing fear that is spreading. @TraderKoz addressed the noobies specifically by saying this is an experience for them to learn from.

“To those who joined crypto in the late 2020s, this was probably your first real dump.

Don’t worry, you’ll get used to it. You probably lost money, but you gained experience.

Learn from it so you aren’t caught with your pants down by the next one.”

Others, including @Pentoshi, made light of the situation by describing his numbness to the pain of being 25% down on his portfolio.

This, he jokingly said, is a situation borne from “years of complicit abuse” from the leading cryptocurrency.

Regardless of that, @Pentoshi signed off on a more positive note by saying, in the end, Bitcoin always wins.

I don’t know if this is complacency or not. But I’m down almost a quarter Milly and I feel nothing lmao. Market will bounce and I’ll reevaluate. That’s crypto and after years of this complicit abuse I’ve grown to love my abuser. $btc always wins in the end.

Bitcoin whales appear to “gobble up” the sell-off

Conversely, the biggest relative decrease occurred in the number of wallets holding less than 0.01 BTC. This supports @TraderKoz’s presumption that noobies and smaller investors are feeling the most pain right now.

The data shows a decrease of over five hundred thousand wallets, holding less than 0.01 BTC, in the 40 days to today.

Simos concluded that, despite the market sell-off, whales are diligently accumulating Bitcoin sold by smaller investors as they liquidate their holdings.

Addresses with more than 1k $BTC continue growing at the expense of all others–even as this most recent downturn is taking effect.

While you were selling, whales were gobbling up your Bitcoin… pic.twitter.com/cWszH3W9um

However, Luca Cosentino critiqued the validity of Simos’ conclusion. He pointed out that whales can split their holdings into smaller wallets. Therefore, the hypothesis that the less than 0.01 BTC category relates only to small investors is dubious.

“Custodians hold funds for their clients. Having a lot of funds is often a sign that that address does not belong to a whale (whales often split into multiple addresses).“

All the same, there is no such doubt in the appetite to accumulate more Bitcoin by the whales. 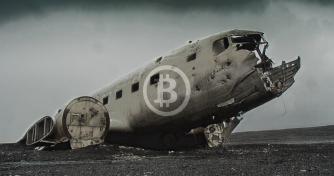