Crypto firms call on U.S Congress to move with the times amid regulatory mismanagement

U.S. lawmakers hear testimonies on the problems of crypto regulation, but will they act accordingly? 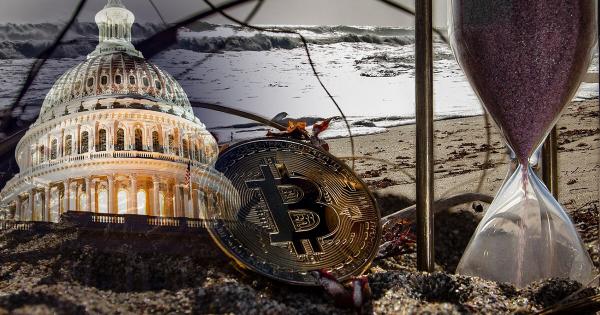 Over a near five-hour stint, representatives from Coinbase, Circle, FTX, Bitfury, Paxos, and Stellar fielded questions to educate lawmakers on understanding the intricacies of cryptocurrency, ransomware, investor protections, and banking the unbanked.

But most of all, the execs called out existing regulations and how they are being applied to digital currencies, saying a new regulatory framework is needed.

Commenting on the situation, the CEO of Paxos, Charles Cascarilla, said shoehorning existing banking laws onto crypto is not the way to approach the issue.

“The solution is not to shoehorn digital asset operations into a regulatory system designed for earlier generations of financial assets.”

Similarly, Brian Brooks, the CEO of Bitcoin mining firm Bitfury, called the existing regulatory approach hypocritical. In particular, he spoke about the enforcement of securities laws and how cryptocurrencies do not get the same treatment (as, say, registered stocks) in any case.

“Does it make sense to bring enforcement actions challenging certain crypto assets as unregistered securities, but then fail to allow those assets to be registered and trade on a national securities exchange?”

All in all, the underlying theme of the session was to prompt Congress to establish new rules to take into account differences between crypto-assets and other instruments, to regulate the space more even-handedly.

They implied that without this, the crypto industry, and financial innovation in the U.S, would suffer.

At the end of last month, social trading platform eToro delisted Cardano and Tron for its U.S customers, citing “the evolving regulatory environment” as the reason.

In turn, Cardano founder Charles Hoskinson weighed in with his thoughts on how U.S regulations are stifling the crypto industry.

Much like the execs during Wednesday’s House Financial Services hearing, Hoskinson called for a new regulatory framework specific to cryptocurrencies. In pointing out flaws within the existing framework, he said regulators have failed to determine adequate definitions.

“we need to move to a system for regulation that has much better definitions about things. So we really don’t have a good definition of virtual asset service provider in the United States. We don’t really have a definition of what is a utility token…”

Thus, insinuating that it is madness to regulate an industry based on ill-defined terms.