Bithumb, a South Korean cryptocurrency exchange, is allegedly being exploited by a sophisticated group of traders who have created a fake trading volume to the tune of $250 million-plus a day on the exchange’s order books. 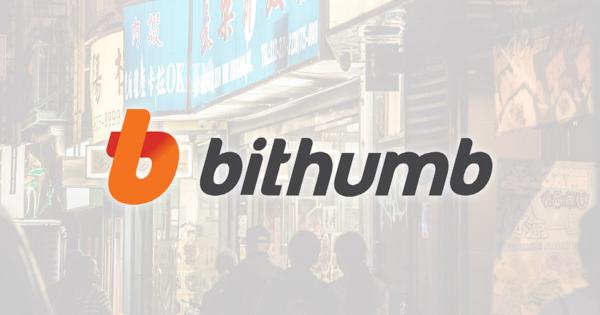 Photo by chuttersnap on Unsplash

Bithumb, a South Korean cryptocurrency exchange, is allegedly being exploited by a sophisticated group of traders who have created a fake trading volume to the tune of $250 million-plus a day on the exchange’s order books.

On Sept. 2, Alex Krüger, a crypto trader, pointed out suspicious activities on Bithumb’s order books and linked the proceedings to a newly launched promotional offer.

1/ There currently are USD 250 million of fake volume traded at Korean crypto exchange Bithumb, every day at 11AM Korean Time, since August/25. Tweetstorm covers the math behind it in simple terms. #washtrading illustrated.

The promotion in question rewards traders with a 120 percent fee payback in airdrop tokens, with traders limited to a maximum of $900,000 per day.

However, some traders have participated in an illegal, unethical practice called “Wash Trading,” which means placing equal offers at the time to win the fee rebates and canceling trade orders shortly afterward.

While such a technique is banned in most traditional stock exchanges–some countries list Wash Trading as a financial crime–the wild west world of cryptocurrencies sees the method running aplenty, and possibly even causing retail investors substantial losses due to false information.

To prove his point, Krüger provided a calculation of an estimate fake volume on Bithumb every day:

To collect the full KRW 1 billion rebate a wash trader must thus trade KRW 278 billion. That is USD 250 million in daily fake volume.

Furthermore, he embedded a chart showing a huge spike in trading activity at exactly 11 a.m. KST:

Notice how 31K bitcoin are traded at exactly 11AM. That represents KRW 252 billion. The remainder KRW 26 billion are traded in other coins.https://t.co/EhNHaUihdG

Krüger pointed out the huge volume should not be mistaken for “bullish” trading activity, which could lead investors to jump on volume-based indicators to place trades and eventually face losses.

Meanwhile, the analyst stated traders are able to successfully make over $150,000 daily using this technique, which is possibly higher than the cost of putting the entire promotion together.

Is This Why Institutions Keep Away?

Wash Trading remains endemic in the cryptocurrency sector. A lack of trading regulations, watchdogs and unified crypto-exchange consortiums means traders get away with the most questionable offenses.

As Bithumb continues to earn fees on such trades, the company has little incentive to crack down on such accounts, at least until the community creates negative press.

Bithumb is not a lone wolf when it comes to brushing malpractices under the rug. In August, several crypto enthusiasts took to Twitter to express Bitfinex’s coordinated “server malfunction” the expiry of CME’s bitcoin futures.

Hmmm $btc price pumps over 100usd when Bitfinex goes down on the same day CME contracts expire. @BitmexRekt you gonna have a field day.

No clear evidence of Wash Trading, price manipulations and fake order books exist in crypto trading yet, but if regulations do come to play soon, most exchanges are in for a less-than-spectacular ride.