The Ethereum-based protocol went live with its first testnet on 9th December 2020 on the Kovan test chain, a proof of Authority (PoA) publicly accessible blockchain for Ethereum dapps. 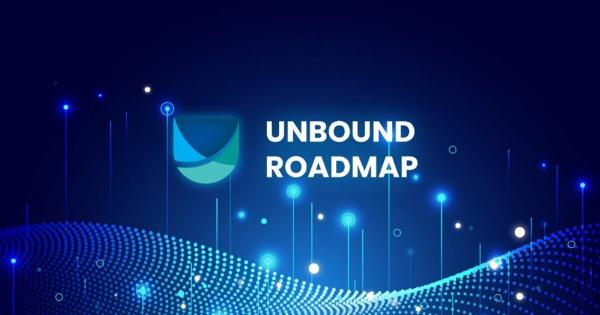 Unbound Finance, a decentralized, cross-chain protocol that leverages the liquidity of the AMMs to increase the efficiency of the DeFi space by using the liquidity pool token (LPTs), revealed its plans for the months ahead in a note to CryptoSlate.

The Ethereum-based protocol went live with its first testnet on 9th December 2020 on the Kovan test chain, a proof of Authority (PoA) publicly accessible blockchain for Ethereum dapps.

It was followed by the Zeta testnet on 14th April 2021, giving DeFi users a chance to get hands-on experience on the protocol’s features before involving the real assets. The launch of Zeta testnet marked an important step towards the release of Unbound’s Mainnet. The community has shown tremendous support in Unbound’s journey so far.

The main focus of the testnet has been towards improving the user experience through improved protocol UI, platform performance verification, and determination of risks associated with network vulnerabilities.

The demo release opened up gateways for DeFi users to preview our protocol technology while demonstrating its ability to provide a stable throughput. It has proved functional in maximizing network participation and acquiring valuable community feedback.

As a part of the plan to construct native bridges for enabling cross-chain transfers of our stablecoin UND and other synthetic assets (like uETH), the team is working towards building our platform on multiple EVM-based public blockchains.

Unbound’s testnets on Ethereum, Binance Smart Chain, and Polygon are live and the team targets the launch of the testnet Harmony chain as per the release dates as presented in our roadmap for Q2 2021.

Along with these blockchains, our engineers are actively developing solutions for integration with various other chains such as Solana, Klaytn, HECO chain, Kucoin Community Chain, Fantom, and OKEx chain.

As such, the details of Unbound’s roadmap Q2 2021 are as follows:

Since the launch of Unbound in 2020, the team has achieved major milestones followed by a series of transitions and developments. The platform has undergone robust verification and validation processes performed by some of the best industry auditors.

Its first security audit and threat modeling exercise (STRIDE) was done by Peter Kacherginsky, a principal blockchain security researcher with a major crypto exchange and incident responder who helped us in identifying the threats such as flash loan attacks in our platform’s infrastructure and successfully executed our first audit.

The second audit was completed with Securing, who reproduced the flash loan attack threat as pointed out by Peter Kacherginsky during the first audit. We resolved the issue by adding a block limit lock mechanism and implementing a new oracle structure.

As per the block limit mechanism, any interaction with our smart contract will lead to locking up the SC for 3–5 blocks with respect to the address used. This will disable minting and unlocking to be performed in the same block, eventually mitigating any flash loan attack scenarios. The block limit can be changed or removed as per requirements.

The Third audit was recently conducted by Whitehat Lucash-dev, a recipient of the Whitehat Scholarship at Immunefi, one of the highest-paid bug bounty hunters at Hackerone.

Once we implement the learnings from the Sandbox Mainnet Launch, we have planned to include yet a few smart contract audits and launch a bug bounty program.

Building the team and new investors

Post the first round of investment wherein the team raised $5.8 Million, Unbound is now headed towards expanding its team by bringing in value adders who would assist in paving the way for Unbound’s success. This includes Pratik Oswal, our CMO (Chief Marketing Officer) who thus far contributed to the team efforts from behind the curtains but is now officially a part of Unbound Finance.

Unbound is already backed by a number of investors and angels such as the founders of Angelist, Polygon, Enjin, Zilliqa, Gnosis, Harmony and TomoChain amongst many others.

Disclaimer: CryptoSlate holds a financial position in Unbound Finance and was given the opportunity to participate in the presale of this project in exchange for news, analysis, and other types of coverage. CryptoSlate was NOT paid to publish this article.