Cato Institute denounces Senator Warren’s bill to address cryptocurrencies as a tool for evading economic sanctions. The institute compares the bill as having Gucci liable for someone carrying stolen cash in their pocketbook. 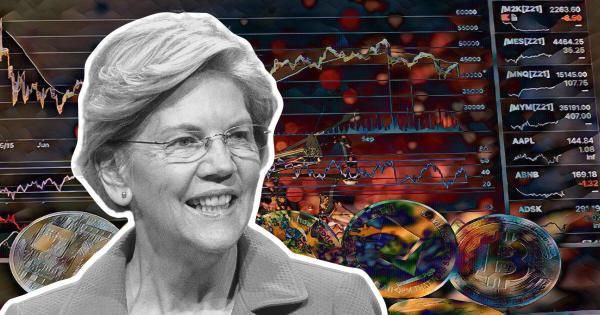 Last week U.S. Senator Elizabeth Warren (D-MA), along with ten other democrat senators, introduced a bill to block cryptocurrency companies from conducting business with sanctioned companies, fearing cryptocurrencies might constitute a vehicle for evading sanctions against Russia in the ongoing war with Ukraine.

In short, the Digital Asset Sanctions Compliance Enhancement Act of 2022, as the bill is named, would allow the U.S. president to add non-U.S.-based crypto companies to the sanctions list if they support sanctions evasion. As Sen. Warren is well known for her disdain of cryptocurrencies in general, this bill is accused of introducing sweeping rules that may affect software developers and network node operators, among others, that have no intention or even knowledge of blockchain transactions involving sanctions evasion.

Sen. Warren’s bill has received a host of criticism from crypto advocates such as Coin Center, Blockchain Association and others. Adding to the criticism, the libertarian think tank Cato Institute published a blog post yesterday saying Warren’s bill will have unexpected consequences and cause “collateral damage” to system participants of various kinds, while also pointing out that there is no evidence to suggest cryptocurrencies are being used by Russia or its oligarchs to evade sanctions, and that cryptocurrencies, such as bitcoin (BTC) and ether (ETH) would be a poor tool for evading sanctions.

According to Cato Institute’s post, President Biden’s executive order on cryptocurrency mentioned the word “illicit” no less than 24 times, and last week’s Senate hearing was titled “Understanding the Role of Digital Assets in Illicit Finance”.

Similarly, according to the Cato Institute, Senator Elizabeth Warren used that hearing to introduce a bill that might have been better had the expert witnesses been given the opportunity to weigh in on it before its introduction.

“Throughout the hearing, the experts repeatedly confirmed that there is no evidence to suggest cryptocurrencies are being used by Russia or its oligarchs to evade sanctions. In fact cryptocurrencies would be a poor tool for evading sanctions. And while one might be tempted to think legislation that targets something nonexistent would be harmless, Senator Warren’s legislation would have no shortage of collateral damage,” the post reads.

Despite the bill’s intention to address the risk that people on the sanctions list will use cryptocurrencies to evade the law, the bill reaches far beyond the Russian oligarchs and banks.

According to Cato Institute, there are two drastically different groups of people being described in the proposed legislation. The first group is made up of those who “significantly and materially” assist with sanctions evasion. And although officials at the FBI, Treasury, and White House have all stated that cryptocurrencies cannot be used effectively by Russia to evade sanctions, the language in the bill is still correct to note that active sanctions evasion is an illegal activity.

However, the second group being described is far broader as it captures anyone that “provided financial, material, technological support for, or goods or services to or in support of” anyone sanctioned. In practice, this means someone could be held liable for assisting sanctions evasion by simply creating open-source software.

“This is something out of Putin’s playbook”

This level of liability is clearly overly broad, says the post. As Coin Center’s Jerry Brito and Peter van Valkenburgh warned, “The mere fact that a stranger is using your software or network throughput to do something illegal without your knowledge cannot be a trigger for the crushing penalties that are sanctions.”

Worse yet, as per the blog post, the bill would also give the Treasury secretary full discretion to prohibit U.S.-based exchanges, software developers, and miners from engaging with anyone in Russia––not just those on the sanctions list.

“So in the name of targeting a specific group of bad actors, the bill seeks to target even those that might unknowingly have been involved. And in targeting all of these people, it would call on the president and Treasury secretary to exercise unchecked powers. This is something out of Putin’s playbook or that of the Chinese government, not the United States,” the blog post concludes.