The People's Bank of China issued a statement saying domestic banks and the payment platform Alipay were ordered not to provide services linked to crypto. 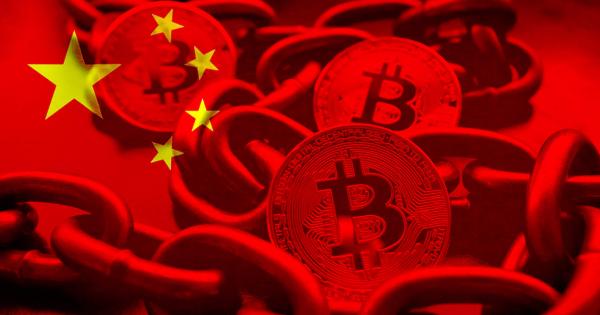 The Agricultural Bank of China (ABC) published a Bitcoin (BTC) ban announcement, restating its services must not be used for cryptocurrency-related transactions and activities, only to delete it within minutes, pause for a few hours, and then publish the ban all over again.

ABC is one of the “Big Four” banks in the country, state-controlled and owned by the government’s investment company Central Huijin (40.42%), Ministry of Finance (39.21%), National Social Security Fund (3.02%), and China Securities Finance (1.92%).

The bank issued a statement that they will not participate in cryptocurrency transactions and related activities, saying that “customer accounts participating in such activities will be closed and customer relationships will be terminated.”

Agricultural Bank of China issued a notice that they will not participate in virtual currency transactions and related activities. Customer accounts participating in such activities will be closed and customer relationships will be terminated. #bitcoin #Cryptocurency pic.twitter.com/vXKNdilmky

The announcement was deleted only minutes after but still the early Monday news went out and according to the Bitcoin (BTC) price drop of 10%, it didn’t do it any favors.

Quick explainer for those confused re AGbank

15 mins later it appears they deleted the notice

2021 getting rugged by the third largest bank in the world pic.twitter.com/qXax70lqgA

A few hours later, a statement prohibiting the use of their services for Bitcoin and other crypto transactions was again made public by the bank. “In accordance with the recent consultation and guidance requirements of relevant departments of the People’s Bank of China, our bank will continue to carry out the crackdown on virtual currency transactions,” it stated.

The bouncing ABC notice received its final context as the People’s Bank of China (PBC) issued a statement saying domestic banks and the payment platform Alipay were summoned by the central bank authorities and ordered not to provide services linked to the trading of cryptocurrencies.

Besides prohibiting them from providing crypto-related products and services, the institutions were ordered to revoke payment channels for crypto exchanges and over-the-counter platforms.

Along with prohibiting “crypto-related activities” the interviewed lenders were instructed to “thoroughly inspect and monitor” their clients’ transactions for potential crypto involvement.

The announcements and re-announcements appeared on Monday after a ceasefire during the weekend which witnessed a Bitcoin hashrate plunge following Friday’s mining ban in the province of Sichuan.

Chinese police busted a network of more than 170 criminal groups as they arrested 1,100 suspects involved in money laundering by buying cryptocurrencies, security officials said in a statement.

Millionaires in China are turning to over-the-counter services to trade and buy Bitcoin and other cryptocurrencies even as the local government says it would crackdown on the sector, as per a report on business outlet Bloomberg today.