The recently announced fund is set to supercharge Terra’’s booming ecosystem, while the network’s most pivotal upgrade approaches. 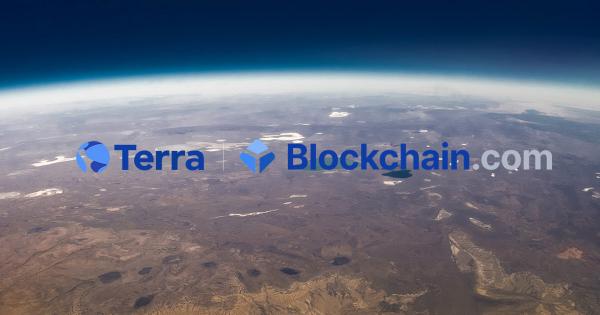 Blockchain.com, a full-stack crypto services platform has recently announced it jumped on board Terra’s $150 million Ecosystem Fund, established to act as a capital foundation for projects eager to build and develop applications, protocols, and tools on the growing network.

By doing so, the company has joined an all-star ensemble of investors, including Arrington Capital, BlockTower Capital, Galaxy Digital, Hashed, Lightspeed Ventures, Pantera Capital, Parafi, SkyVision Capital, and many others that have recognized Terra’s momentum.

In the past 30 days, LUNA, the native staking and governance asset of Terra, which is largely used for stabilizing the price of the protocol’s stablecoins and for incentivizing the platform’s validators, rallied 219.73%

Making moves with an investment in LUNA

In June 2021, Blockchain.com’s venture capital fund invested in Terra’s native token LUNA and is now running a new validator node for the network.

Pleased to welcome @blockchain to the Terra Ecosystem Fund!https://t.co/TY6IFyJKPZ's Venture team has also invested in $LUNA and is now running their own validator node on the Terra network.

Meanwhile, the decentralized blockchain platform that deploys a suite of algorithmic, fiat-pegged stablecoins is on the verge of the most important upgrade, dubbed Columbus-5, which will usher in the cross-chain integration, expected to further entice a myriad of protocols and dapps.

1/ The on-chain proposal to migrate the Terra network to the Columbus-5 mainnet has officially passed, with 99.99% of votes signaling "Yes." https://t.co/22CS19RbLV

The Columbus-5 mainnet upgrade is also set to simplify the ecosystem’s tokenomics via burning seigniorage that will make the protocol’s native stablecoin, TerraUSD (UST), swapping more efficient and further benefit LUNA stakers, which are on the swap fees receiving end.

The growing demand for the protocol’s stablecoins, such as TerraUSD (UST) and TerraKRW (KRT), is generated by the expanding use of products in Terra’s ecosystem, like Mirror that allows synthetic asset trading, or Anchor that enables high-yield savings.

With numerous projects lined up to launch after the upgrade, the demand for Terra’s stablecoins is expected to explode and as more stablecoins are minted, more LUNA is burned, reducing fully-diluted supply.

And $UST as operating ccy on Cosmos w/ IBC & beyond pic.twitter.com/lNaucOjF6M

“Terra has proven itself in payments via its stablecoin-powered Chai payments app, which now has millions of users. They’ve built key financial primitives such as Anchor & Mirror. The ecosystem has evolved to become a fully-fledged, permissionless layer-1 with a burgeoning 3rd party developer ecosystem,” said Samuel Harrison, a managing partner at Blockchain.com Ventures.