Agustin Carsten said the "soul of money" belongs to trust, and only central banks can be trusted. 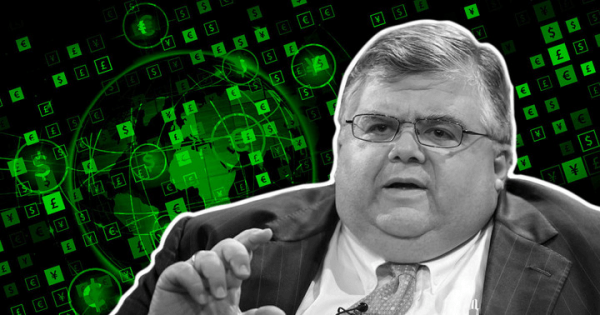 The BIS sees CBDCs as the way forward

The 2022 Annual Economic Report is out on June 26, with a pre-release chapter published on June 21.

It expanded by detailing how the BIS is bringing about its goal of promoting global monetary and financial stability through technology, which includes the development of an Innovation Hub and a Cyber Resilience Coordination Centre.

“The BIS Innovation Hub and a Cyber Resilience Coordination Centre, to enable central banks to work together to effectively seize the opportunities of financial innovation, while identifying, responding to and minimising the associated risks.”

The Innovation Hub is tasked with managing several projects, including Project Helvetia, an experiment exploring the integration of tokenized assets and central bank money on a new settlement platform called the SIX Digital Exchange (SDX).

In effect, the above refers to two proofs of concept; the first is the issuance of a wholesale CBDC (wCBDC) — a CBDC of CBDCs, if you will —  and the second is connecting the SDX to the existing central bank payment network.

The report stated that both proofs of concept were tested and found to be “robust,” leaving the final stage, which is the practical assessment of the concepts, to follow. This year’s report will likely give an update on how this went.

Accompanying the Annual Report teaser was a voice-over from Carsten, which opened by saying, “trust in money remains the bedrock of stability.”

He further spoke of the “soul of money” belonging neither to a tech company nor an “anonymous ledger,” although most cryptocurrencies would be more accurately classed as pseudo-anonymous.

Nonetheless, in concluding the message, Carsten stated that central banks are the only institutions to provide trust in the digital age.

Commenting on this, On-Chain Analyst Willy Woo said the BIS is attempting to taint Bitcoin with this message.

The Bank of International Settlements recognises #Bitcoin is a competitor to central banks with this statement. https://t.co/tDl2WdLIP0

Similarly, the replies to the BIS tweet contained numerous comments on why central banks should not be trusted, including on inflationary monetary policy and the unelected status of BIS bureaucrats.