Recent headlines about significant data breaches at major companies have returned our attention to privacy and our right to be anonymous on the Internet. 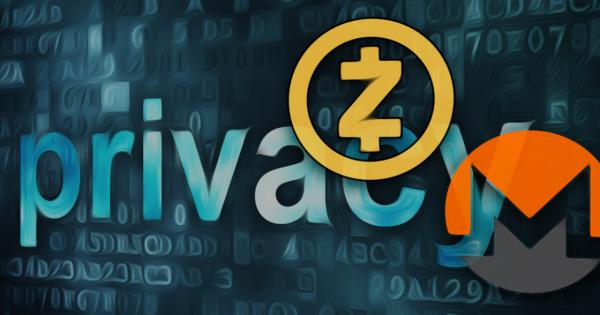 Recent headlines about significant data breaches at major companies have returned our attention to privacy and our right to be anonymous on the Internet.

This week, The Wall Street Journal reported that Yahoo’s hack, which was initially announced in 2016, was actually three times bigger than initially thought, and it totals up to 3 billion Yahoo users.

Moreover, Equifax updated its assessment from a previous data breach and announced that an additional 2.5 million users were affected, which, according to CBS News, “brings the total number of Americans whose data was exposed to 145.5 million people.”

All of this attention leaves people searching for new solutions to this escalating problem, and the cryptocurrencies powered by blockchain technology offer a solution that is worth investigating.

Cryptocurrencies are rapidly gaining mindshare and notoriety.  When reports surfaced this week that Goldman Sachs is considering developing the personnel and infrastructure to trade cryptocurrencies, the attention was mostly on Bitcoin and Ethereum.

However, blockchain technology, the accounting and infrastructure backbone of Bitcoin and Ethereum, allows for the development of nuanced coins that attend to specific needs and desires.

Many developers and financial entrepreneurs are capitalizing on this capability by launching initial coin offerings that are raising serious start-up money and are launching new cryptocurrencies. In a primer on initial coin offers, The Wall Street Journal writes that:

Of these currencies, some are specifically specializing in privacy, and, to different degrees, they appear to be succeeding. The two major privacy coins Zcash and Monero are joined by several, less-well-known currencies, and they are creating avenues by which people can achieve privacy in their online purchases and transactions.

Zcash is one of the newest arrivals in the privacy-focused cryptocurrency market. First launched in 2016, Zcash builds on the promise of the blockchain and cryptocurrencies to create a functional digital currency that enhances privacy and security through end-to-end encryption that is accessible by using zero knowledge proofs.

Known as zk-SNARK and established by the Zcash development team, this protocol allows “the network to maintain a secure ledger of balances without disclosing the parties or amounts involved.”

While Zcash is certainly pushing innovation, there are concerns about its security and cryptography standards. In a 2016 blog post, a Bitcoin developer expressed concerns about the viability of zk-SNARK.

Therefore, as Zcash attempts to scale, it will need to continually address security concerns even as it proliferates its platform.

Zcash is often confused with the less popular but still emerging Zcoin. Both currencies rely on zero knowledge proofs, but according to ZCoin, “There is otherwise no relation between the two projects.”

However, the fact that there are multiple cryptocurrencies striving to develop the same security standards should mean that the standard will mature more quickly and will help further proliferate Zcash and others that embrace the zero knowledge proof approach to cryptography.

Functioning in a similar capacity as Bitcoin, Monero differentiates itself primarily through this privacy component. In a profile on the currency, Wired writes that Monero is designed “to be fully anonymous and virtually untraceable.”

When working with the blockchain, everyone has a public address, and with cryptocurrencies like Bitcoin and Ethereum, transactions are associated with that public address. Monero explains that, when sending funds using Bitcoin, “You announce to the entire Bitcoin network that the funds that you own now belong to the recipient’s public address.Everyone can see.”

In contrast, while Monero users have a public blockchain address, their funds are not associated with that address. To accomplish this, Monero uses a temporary public address to which transactions are sent and received by a temporary, randomly created address.

As a result, there is no public record of transactions, so users can maintain privacy regarding their financial holdings. Of course, if they want to, account holders can share their balance information with anyone by creating a “secret view key,” which allows key recipients to view the account holder’s balance and transactions.

In addition to concealing users account balances, Monero masks their transactions using a technique known as “ring signatures.” CoinDesk helpfully explains this concept as a process that combines “a user’s account keys with public keys obtained from Monero’s blockchain to create a ‘ring’ of possible signers.”

This means that transactions remain anonymous because they are indistinguishable from one another. In this way, Monero embraces privacy protection at the account and transactional level.

Monero can be purchased on cryptocurrency exchanges including Poloniex, Bitfinex, and Kraken. While it has experienced some wild price fluctuations in the past 24 months, Monero has proven to be a viable privacy currency that, in many ways, furthers the purposes of Bitcoin.  At this point, Monero’s biggest concern is scalability and efficiency.

Developing these capabilities are its stated priority for 2018 and beyond, and their effectiveness in addressing these concerns will determine much of its viability in the future.

Privacy coins are often closely associated with the worst parts of the Internet in general and cryptocurrencies in particular. It’s argued that they enable cybercrime, the dark web, and real-world criminal behavior.

This argument isn’t completely without merit, but criminality isn’t the intended purpose nor is it the sole use case for privacy-oriented cryptocurrencies.

As recent headlines have demonstrated, privacy is a valuable commodity, and cryptocurrencies that can effectively establish scalability and practicality may find that they are leading the pack of privacy endeavors.