After the tokens are unlocked, early investors may look to realize their profits, putting more pressure on the already struggling AXS. 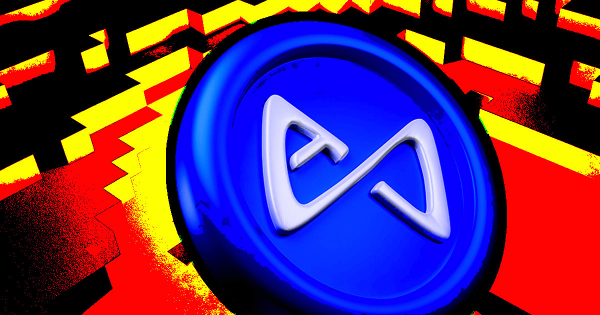 The price of the native token of the blockchain-based game Axie Infinity has come under  high pressure over the past week. Axie Infinity (AXS) price is down 12.04% over the past 24 hours, raking in the second-highest losses for the day, according to CryptoSlate data.

The token has experienced a highly bearish sentiment over the past 7 days, sliding down 22.08%. At the time of writing, the token was trading at $8.79.

The token price will experience more selling pressure as $189.79 million worth of AXS are set to be unlocked on October 25, according to Token Unlocks. A total of 21.543 million tokens, making up almost 8% of total AXS supply, will be unlocked after the vesting period is over.

Of the tokens to be unlocked, 5.73 million AXS will be directed to the developer team while 4.89 million tokens will go towards future staking rewards. Advisers and early investors in a private sale will receive 2.5 million and 1.99 million tokens, respectively.

However, it is important to note that although the tokens are being unlocked, they will not be introduced into circulation. Aleksander Larsen, co-founder and COO of Axie Infinity, explained in a Twitter thread, that the unlocked tokens will “follow a separate issuance schedule.”

The same goes for the upcoming 22M unlock

Even if they are unlocked, they follow a separate issuance schedule which is more flexible and can be tailored to user numbers

However, early investors bought AXS for around 8 cents in a private sale in 2020, according to the whitepaper. Even with the declining price, these investors stand to gain over 10,000% on their investments if they decide to sell at the current price. Therefore, it is likely that some of these investors will be looking to realize their profits after the tokens are unlocked, increasing the selling pressure.

Trouble brewing for a while

Axie Infinity soared in popularity last year as one of the first blockchain-based play-to-earn games, allowing some players to earn their bread and butter through the game. Axie Infinity players start with three pets or Axies in the form of non-fungible tokens (NFTs). The players then battle their Axies to level up and earn SLP, the in-game cryptocurrency.

The game gained immense popularity in the Phillippines last year, which accounted for 40% of the game’s user base. However, as more and more players joined the game, the value of SLP fell, leaving some users frustrated. SLP is inflationary and many doubted the sustainability of the game’s economic model. Axie Infinity also kept tweaking the amount of SLP players could earn, limiting earning potential.

By November 2021, ‘scholars’ — players who borrowed Axies from ‘managers’ who took a cut from the earnings — were earning less than the daily minimum wage in the Phillippines. Therefore, over time, the platform’s user base dwindled — daily active players fell by over 74% from a peak of 2.27 million in Februrary 2022 to 584,539 in October 2022.

The biggest hit came in June 2022, after the Terra-Luna collapse, when the platform lost more than half its average monthly users in 30 days, according to data from Active Player. Axie Infinity is now trying to pivot from the ‘play-to-earn’ model and launching ‘Axie Infinity: Origin,’ which does not involve cryptocurrencies.

The Ronin bridge hack in March, where an attacker made off with over $600 million worth of tokens, also served to demoralize players, despite Sky Mavis, the company behind Axie Infinity, later reimbursing all users. 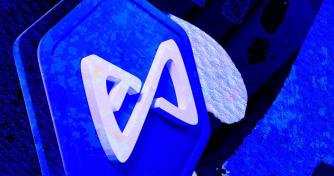 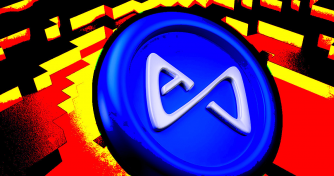 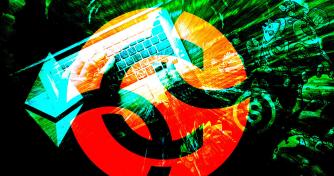 END_OF_DOCUMENT_TOKEN_TO_BE_REPLACED

Smooth Love Potion (SLP) tokens can be earned as rewards by Axie Infinity game players through battle or adventure mode.