The 71,000 acre mine located in Nevada holds gold and silver deposits. AMC's investment suggests it has more faith in precious metals than cryptocurrency. 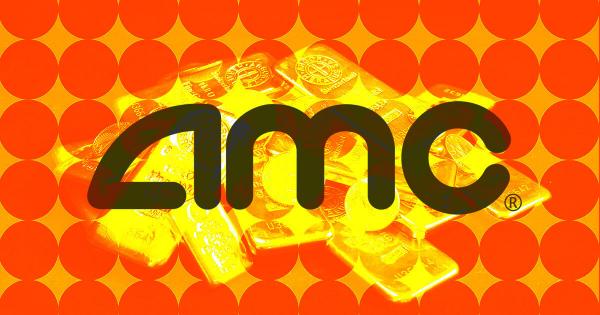 AMC has announced a 22% acquisition in Hycroft Mining Holdings for a $27.9 million investment. Commenting on the deal, AMC CEO Adam Aron said he saw parallels between Hycroft’s current situation and AMC a year ago, adding that the investment could turn out mutually beneficial.

“It, too, has rock-solid assets, but for a variety of reasons, it has been facing a severe and immediate liquidity issue. Its share price has been knocked low as a result. We are confident that our involvement can greatly help it to surmount its challenges — to its benefit, and to ours.”

AMC, and fellow meme stock GameStop, have failed to recapture the enthusiasm of last year’s WallStreetBets movement, at least from a share price perspective. Considering the macro picture, it appears that AMC is hedging with precious metals over cryptocurrency.

For a company that has championed the crypto cause since its meme stock revival, for example, in accepting Shiba Inu and Dogecoin as payment methods, the investment in Hycroft is something of a letdown.

Last year, both AMC and GameStop were the beneficiaries of the WallStreetBets movement, which sought to teach greedy institutional short-sellers a lesson.

AMC stock surged, achieving an all-time high of $59.26 in June 2021. But since then, it’s been downhill for the cinema chain as investors look elsewhere.

Similarly, net income is up 72% for 2021 but still running at a loss of $1.27 billion. In short, while the WallStreetBets movement provided a jolt to the bottom line, the company is still unprofitable. And against a backdrop of tightening spending, the outlook is gloomy.

Forbes says, despite the drawdown, die-hard investors are still holding on for a return to the fervor of last year. This provides “an excellent setup for the stocks to suffer a meltdown.” They add that commonsense and reality are making a comeback, which spells doom for companies that are big on easy-money speculation.

“GameStop and AMC Entertainment also have dropped and reduced gains significantly. However, each is still above its initial, lower share price. Judging by the Reddit commentary, the meme-stock troops still have hopes that last year’s excitement will return.”

Why invest in precious metals over cryptocurrency?

Despite the lifting of restrictions, cinema-goers, particularly those aged 40+, which made up 40% of frequent filmgoers pre-pandemic, are less enthusiastic about gathering in indoor spaces with strangers for extended periods.

Coupled with the availability of a wide variety of home streaming services, AMC is up against it in terms of convincing people to return. Add to that surging inflation and the associated cut in unnecessary expenditure, and the situation is all the more precarious.

While many had expected AMC to expand its digital asset operations in response, Bloomberg says the crypto safe haven narrative has come into question of late. For that reason, it’s not surprising AMC snubbed crypto in favor of gold.

After all, gold has proven itself with thousands of years of history, whereas there is no data with which to model Bitcoin’s behavior during an economic collapse.

AMC’s investment in Hycroft could be called the safe play.