Whales bought 40,000 Bitcoin during the dip this week

It appears that Bitcoin whales do not care about the current price dip of the asset as they have spent over $2 billion in the last seven days. 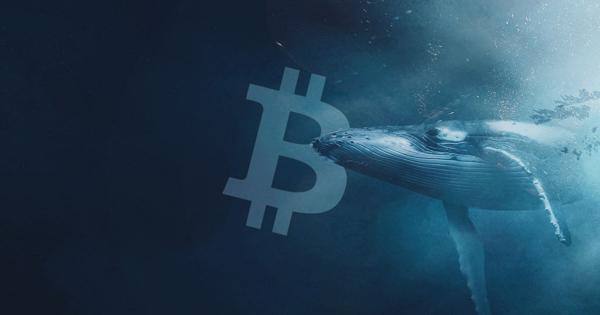 While many individuals might see the recent crypto market correction as a reason not to invest in any of the crypto assets, Bitcoin whales have taken advantage of the dip to buy over $2 billion worth of the flagship digital asset.

Data shared by Santiment recently revealed that Bitcoin wallet addresses holding between 100 to 10,000 units of Bitcoin, popularly referred to as Whales, accumulated over 40,000 units of Bitcoin when the price of the asset dropped to around $56,000 in the past week. Judging by the current price of the asset, this roughly translates to around $2.2 billion spent on purchasing new units of the digital gold.

📰 #Bitcoin's key active whale addresses that hold between 100 to 10k $BTC are content after accumulating a total of ~40k more $BTC on last week's dip. This, the growing #bearish sentiment (& why it's a good thing), and more in our latest weekly report. https://t.co/MXYmgbf2ri pic.twitter.com/RaVqICOBfY

In another report, Santiment revealed that Bitcoin whales have been moving their BTC holdings away from crypto exchanges. According to market experts, this action is a positive indication for the industry as it means that investors are looking to hodl their asset as opposed to selling it in the short term.

Most times, this usually leads to a drastic decline in the selling pressure on the asset thereby leading to a drop in the sell-off.

The crypto analytics site also noted that the current sentiment about BTC is bearish. The analytics site usually determines whether investors are bearish or bullish about a crypto-asset using a social sentiment tracker that analyzes the social commentary on those digital assets. So, judging by the current sentiments around BTC, investors are at their most bearish level in the last two months.

Just yesterday, we reported that a leading US investment bank, Morgan Stanley, increased its exposure to Bitcoin despite the declining value of the asset. Blockchain data also shows that the third-largest Bitcoin whales address is one of the whales that capitalized on this price crash as it acquired over 6000 BTCs within the last week.