As TradeSatoshi shuts down, Binance CEO admits running an exchange is hard

With hundreds of cryptocurrency exchanges to choose from, you’d be forgiven for not having heard of TradeSatoshi. However, this initially UK-registered exchange has been around since 2015. Over the last five years, it has added 200 coins and garnered around 300,000 users. Now it’s closing its doors because running its business is “no longer economically feasible.”

Where exactly has TradeSatoshi been operating from?

According to a recent review, one of the perks of TradeSatoshi was anonymous trading:

“New members gain access to the platform through a simple registration process that only demands email verification. Unlike several other exchanges, Trade Satoshi does not require ID and address verification. Resulting in a level of anonymity.”

This immediately throws up red flags. No exchange incorporated in the UK would be allowed to operate with no KYC in place. Upon a little digging, it turns out that the company was, in fact, dissolved in the UK on July 24, 2018. 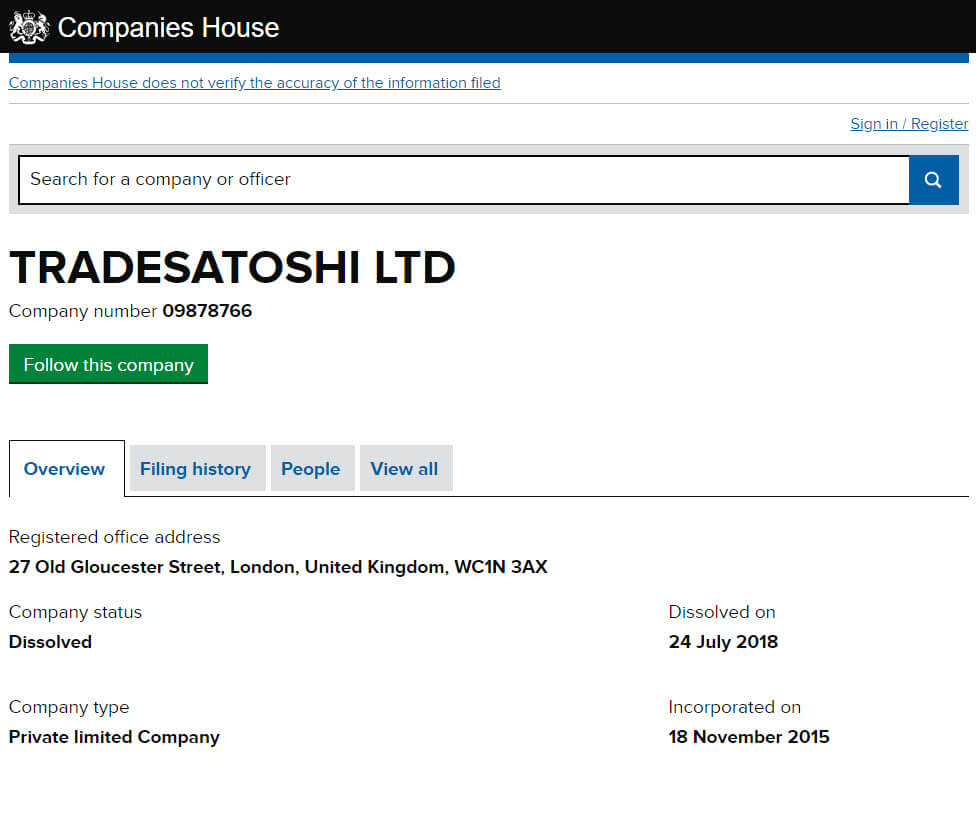 Where exactly the exchange is currently based is something of a mystery. Heading over to the website and clicking on the pages will get you no more than a “we are under maintenance” message. 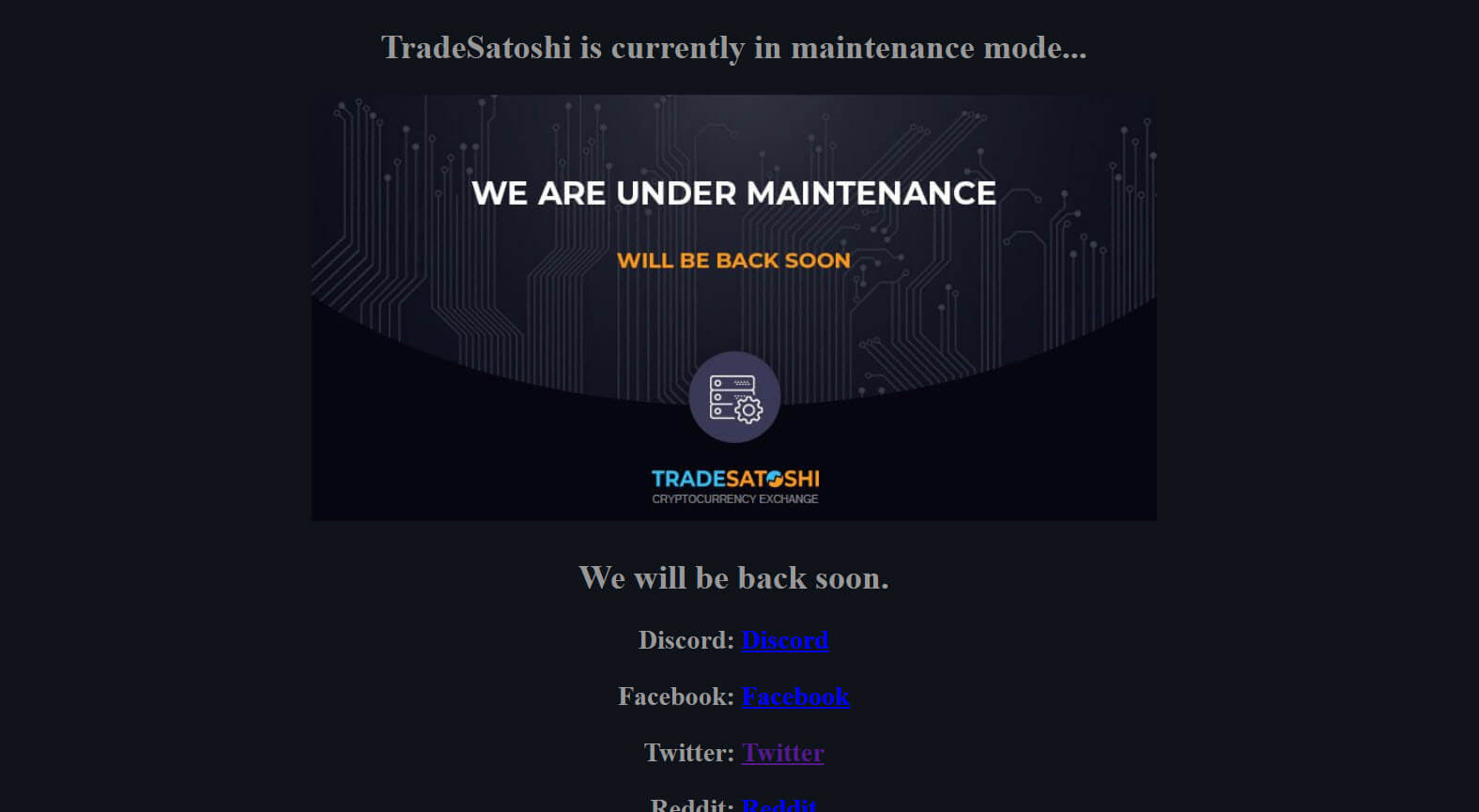 Although a Hong Kong address was previously posted on the company’s website, Reddit users claimed that it never existed.

It appears that this little-known exchange has been experiencing issues for years. It did, in fact, incorporate KYC policies to the surprise of its users in 2019.

This caught most of its traders off-guard since the main reason they traded here was because of the anonymity and ease of opening an account. 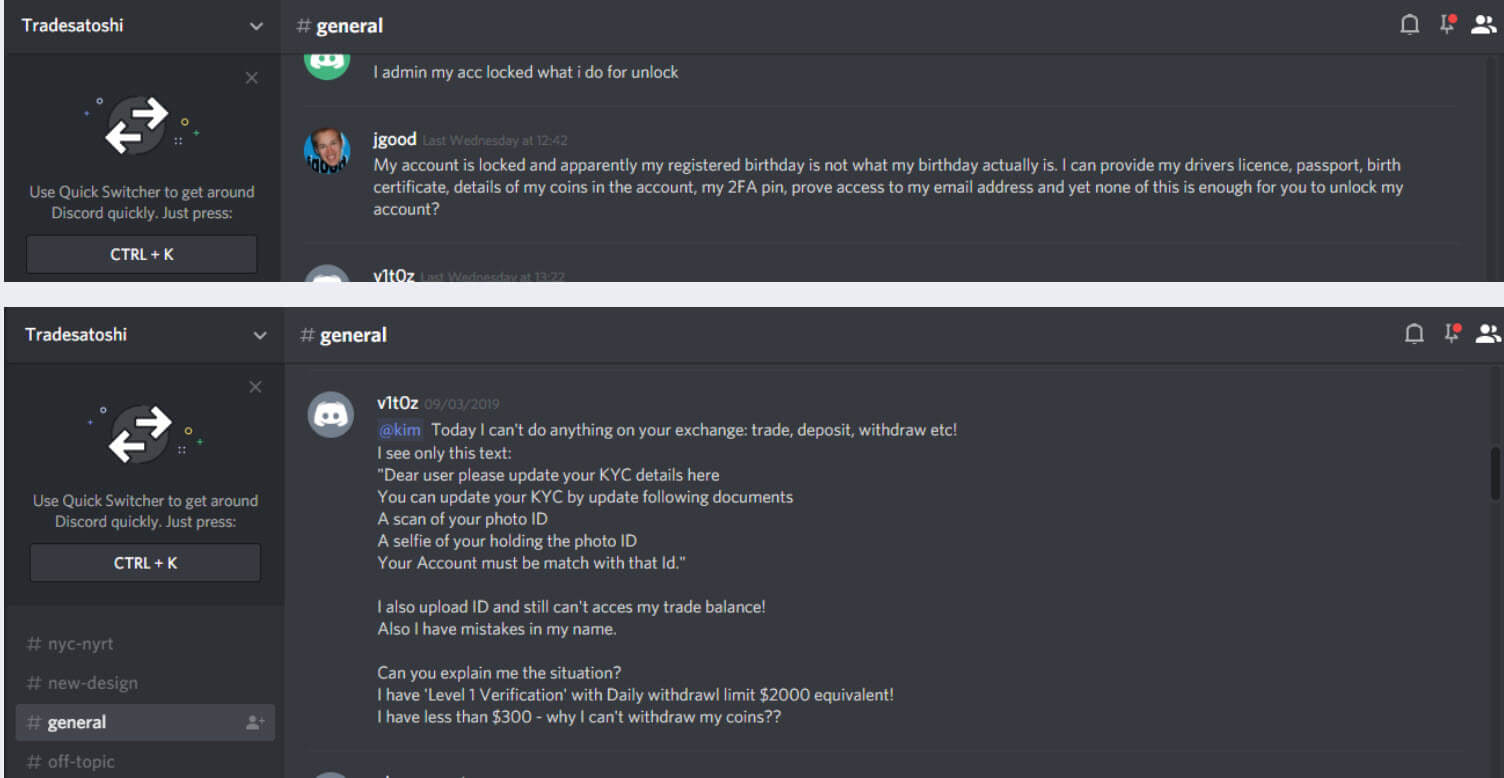 Widespread account freezes and dubious-looking KYC requirements saw users flock away from the exchange in droves.

TradeSatoshi users have nine days to claim their assets

According to the company website, users have until March 1 to claim any funds from the exchange.

That may be tricky for some users since it seems as if anyone who hasn’t completed a KYC check will need to do so before claiming their assets:

“We highly recommend that those users pending verification start the process as early as possible.”

TradeSatoshi is urging all users to make no new deposits to the exchange as they will not be processed.

The company also cites that the growing cost of “security, support and technology” has forced the exchange to shut down operations.

As TradeSatoshi made the announcement on Twitter yesterday, it led Binance CEO Changpeng Zhao (CZ) to comment:

“Exchange is probably one of the hardest businesses to run.”

Exchange is probably one of the hardest businesses to run. One of the toughest part of is economy of scale. Without scale, you can't invest on security and many other essentials. And it won't make sense to continue.

I hope everyone's funds are SAFU in this case. https://t.co/CiH2T1bZTn

He also cited “scale” as being the toughest part. This is something CZ certainly knows a lot about as Binance deviates from its core business to offering Cloud services.

As yet another exchange bites the dust, cryptocurrency users are reminded once again: Be careful where you trade and make sure your funds are SAFU–preferably in a secure wallet in your own control and not sitting on an onerous exchange.

Ever since Binance appeared on the scene in 2017, its growth has been nothing short of astonishing.