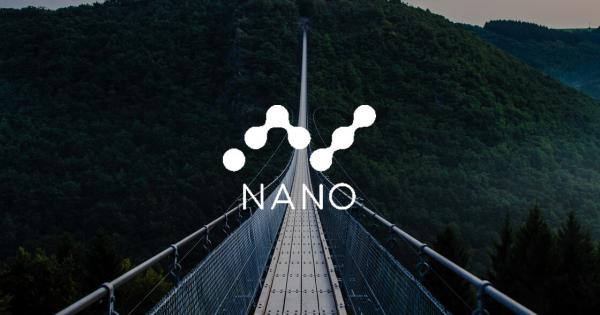 Photo by Jonathan Klok on Unsplash

Initial concern surfaced after the BitGrail heist that occurred earlier this year in which an estimated $195 million worth of Nano was stolen from the BitGrail account.

The resulting media fallout saw the exchange blaming errors inherent in the Nano time stamping technology, a claim that has yet to be supported by evidence.

Those affected by the hack have since been refunded 20% of their Nano tokens and the remainder of their lost capital in the form of Bitgrail Shares Tokens. These tokens are valued at $10.50 USD and will allow holders to be reimbursed for BTC equivalent.

However, the voluntary program comes at a cost for both parties — investors wanting to receive tokens waive all rights to future legal action, while BitGrail must forfeit half of its monthly operating profit to cover the cost of the refund process.

Nano Bounces Back From Bitgrail hack

In light of the hack, the Nano Foundation has responded with overwhelming support for its community by providing victims with donations towards a legal fund established for those wanting to engage in legal action. In a Medium article addressing the issue, the foundation stated:

“Going forward, we will match the donations received until we have met our joint goal of establishing a total legal fund worth $2 million.”

The Nano foundation’s level of customer involvement and assistance has hopefully set a precedent within the wider crypto community. As cryptocurrency related crimes begin to rise responses such as these benefit the wider market, helping to seed greater consumer trust within such platforms.

Nano’s development team has continued to work tirelessly, completing its 11th Milestone in providing Universal Blocks in its version 11 update. This was a chance for the Nano team to further streamline the block creation process, simplifying the variety of blocks minted within the chain down a single block type.

The previous functions of open, change, send and receive blocks have now all been integrated into a single common block, greatly increasing the overall efficiency of the protocol while simplifying the code for developers.

The Nano Core Team is excited to share our roadmap and vision for the future of Nano: https://t.co/j8j1YgNKpK

However, maintaining a completely original codebase for Nano comes with unexpected challenges, usually in the form of bugs. April 24th saw a few Nano exchanges taken offline after the team encountered a bug during the bootstrapping process. This bug allowed Nano nodes to desync after failing to resolve forks correctly. This issue was resolved a few short days later with the release of Version 12 on the 18th.

The code was developed by community member “roosma” and is currently being reviewed by the Ledger team to ensure compatibility. The completion date for Nano integration is still pending.

Despite these setbacks, market confidence in the project remains strong. Recent overall bullish trends have seen the price of Nano bounce back to $7.62 USD — a respectable 60% rise compared to Bitcoin’s recent 37% rebound over the past month.