The Canadian government has invoked the Emergencies Act to expands its anti-money laundering and terrorist financing rules to cover cryptocurrencies and crowdfuding as a counter measure against the "Freedom Convoy" protests. 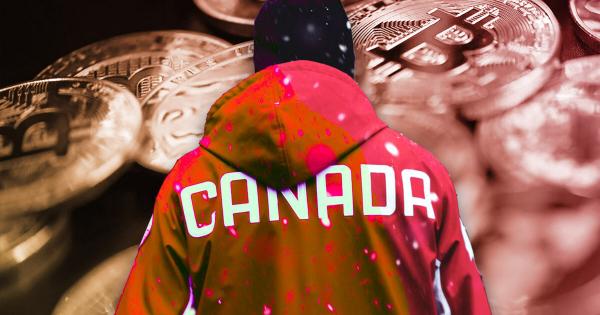 Canadian Deputy Prime Minister and Minister for Finance Chrystia Freeland announced at a press conference that the government has invoked the Emergencies Act to expand the scope of anti-money laundering and terrorist financing rules to cover crowdfunding platforms and their payment service providers in an effort to crack down on the “Freedom Convoy” protests.

“These changes cover all forms of transactions, including digital assets such as cryptocurrencies.”

Freeland said, adding that the illegal blockades by protestors and the financial support they have garnered demonstrate that crowdfunding platforms are not “fully captured” under the country’s crime and terrorist financing act.

As part of the move, crowdfunding platforms and their payment service providers will now be mandated to register with the Canadian financial regulator FINTRAC. They will also be mandated to report any large, suspicious transactions to the watchdog.

The Freedom Convoy and GoFundMe

To alleviate supply-chain issues, the U.S. and Canada allowed exemptions for unvaccinated cross-border truckers to freely travel between the two countries during the latter half of 2021. These exemptions came to an end on January 15 in Canada and January 22 in the U.S.

Cross-border truckers displeased with Canadian vaccine requirements began organizing convoys across the country on January 22 and converged on downtown Ottawa on January 29 — forming a blockade. The protests have been going on since then and have evolved into a rallying point against public health measures and COVID-19 restrictions in Canada.

The movement initially had a GoFundMe page which raised almost $10 million. However, GoFundMe pulled the plug on the campaign on February 5, saying the campaign had violated its terms of service.

‘Bitcoin for Truckers’ and the GiveSendGo hack

After the GoFundMe campaign was taken down, a crypto fundraiser organized by Canada-based bitcoin group HonkHonkHodl started gaining traction among supporters. It raised more than $900,000 in bitcoin for the movement.

Freedom Convoy organizers also began another crowdfunding campaign on a U.S.-based platform called GiveSendGo. However, the platform was hacked on the night of February 13 by an anonymous group.

The hackers claimed to have 30MB worth of data on donors who had participated in the Freedom Convoy fundraising on GiveSendGo. They said they would only share it with journalists and researchers.